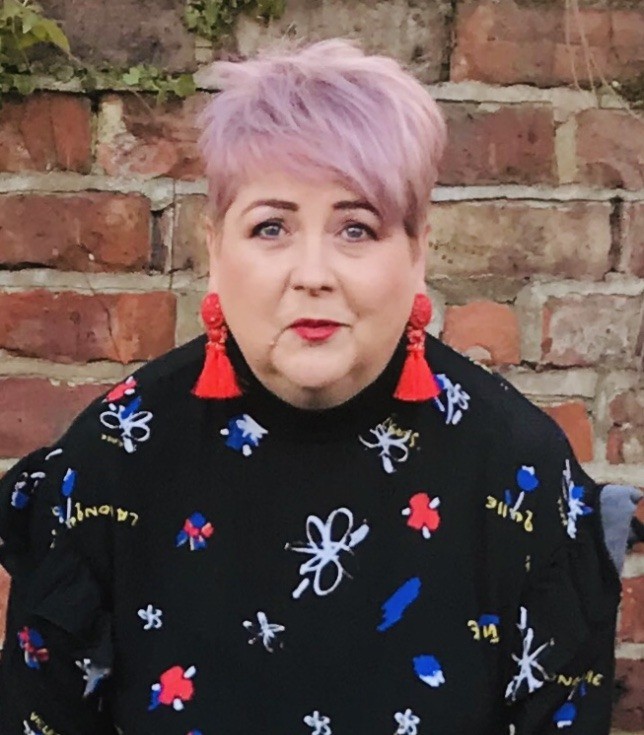 I’ve often wondered if people think my pink hair is some sort of midlife crisis. Thing is, it couldn’t be further from the truth.

I’ve coloured my hair since as long as I can remember. Either by a hairdresser or DIY at home. The DIY colours have got me into a lot of trouble. No matter how hard I try I’ve always made a mess. I was a brunette au naturel so you can imagine. Mr B used to comment the bathroom looked like a murder scene.

Then, about 4 years ago I got sick of the constant regrowth. It seemed to be faster than ever. I was doing the retouch and everything in between the 6 week trips to the hairdresser. It wasn’t just the cost either; it was the time.

I let it all grow out and …

this was me in my natural silver state almost 3 years ago at our eldest’s graduation day.

I liked it but it reminded me a bit of the colour of a brillo pad. Remember those? 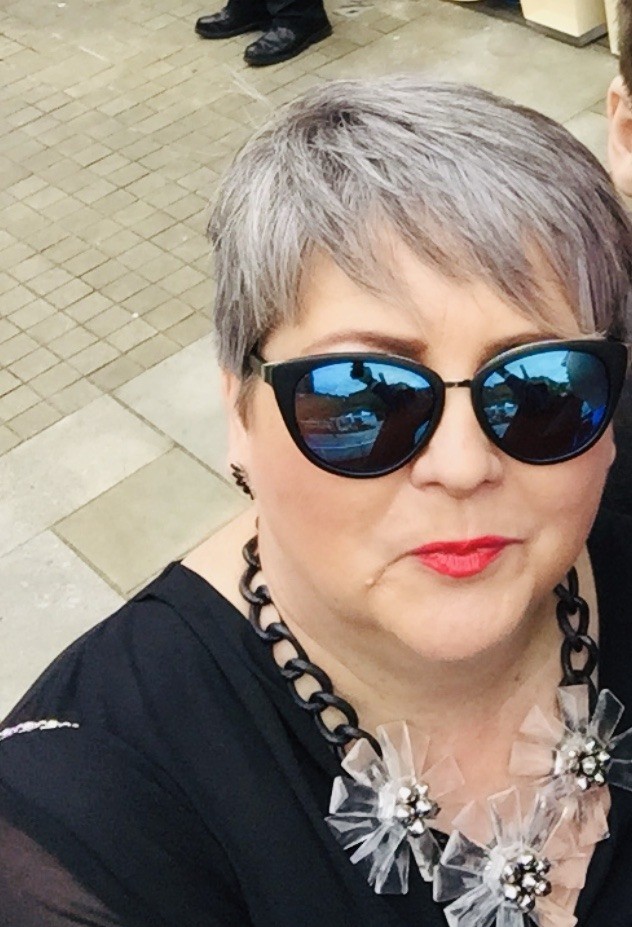 So again my natural state didn’t last very long. I was itching to keep experimenting. Twice since then I’ve gone down the pink route. The latest was just before Christmas. I do the pink myself. This time I used this … 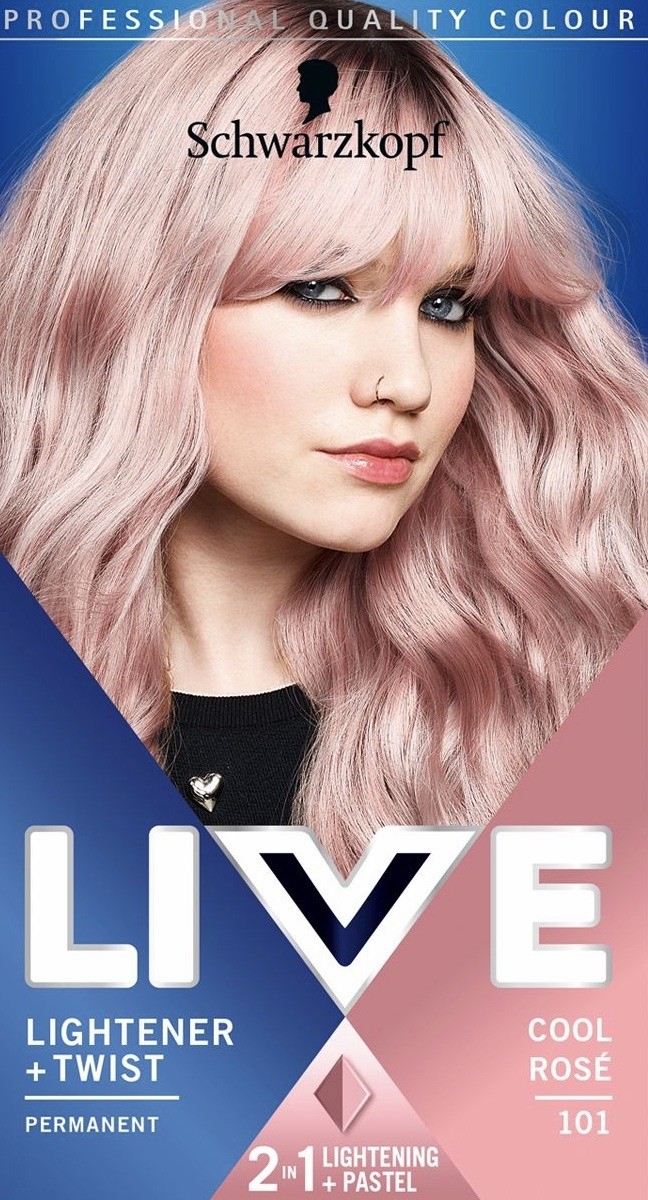 Of course, with any form of colouring comes the care and upkeep. None more so than blonde, silver, grey and pink.

I often receive messages asking what do I use. More so though, I actually get stopped in the street about my hair. Mr B always finds it hilarious  if he’s with me when it’s happened. It’s women of all ages that stop me, too.

I’ve had more compliments since being silver and pink than I’ve ever had. It’s a great boost, I can tell you. I always try to give compliments so it’s lovely to receive them, too.

I’d promised a few ladies I would write a post up about what I’m using to look after and style my hair at the moment. 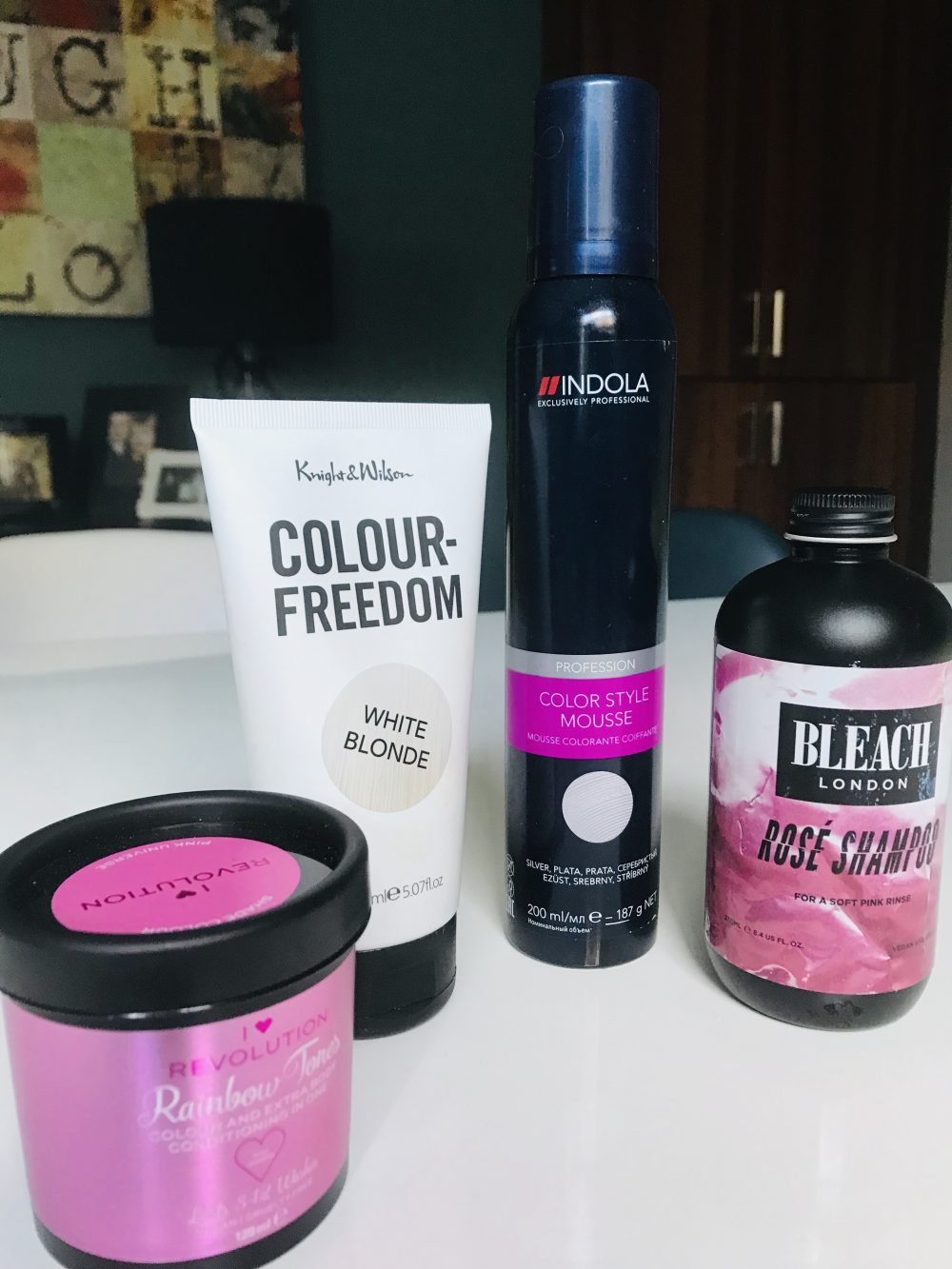 I Heart Revolution Rainbow Tones Pink Universe – I found this fairly recently in Superdrug. It helps give a colour boost as the Live has washed out. I know the Live is a permanent colour but pink is one of those colours that does lose its vibrancy after a couple of weeks.

Colour Freedom White Blonde –  I usually use this about once or twice a month just to remove any brassiness that is prone to creep in.

Indola Silver Mousse – I found this on Amazon about 2 years ago now. It styles my hair perfectly. I use it whether I’m pink or silver. It seems to work either way for me.

Bleach London Rosé Shampoo – much like the way I use the Pink Universe. This was what I had before I  got that so I alternate. It’s my favourite out of the two really.

I read somewhere recently that women who dye their hair pink in midlife are going through some sort of crisis which I thought was hilarious and more to the point there we go again with the ageist crap!

I must have been going through a crisis all my life then … NOT!!

I thought I had saved it so if anyone else has seen it let me know.

Have you been pink? Do you fancy it?