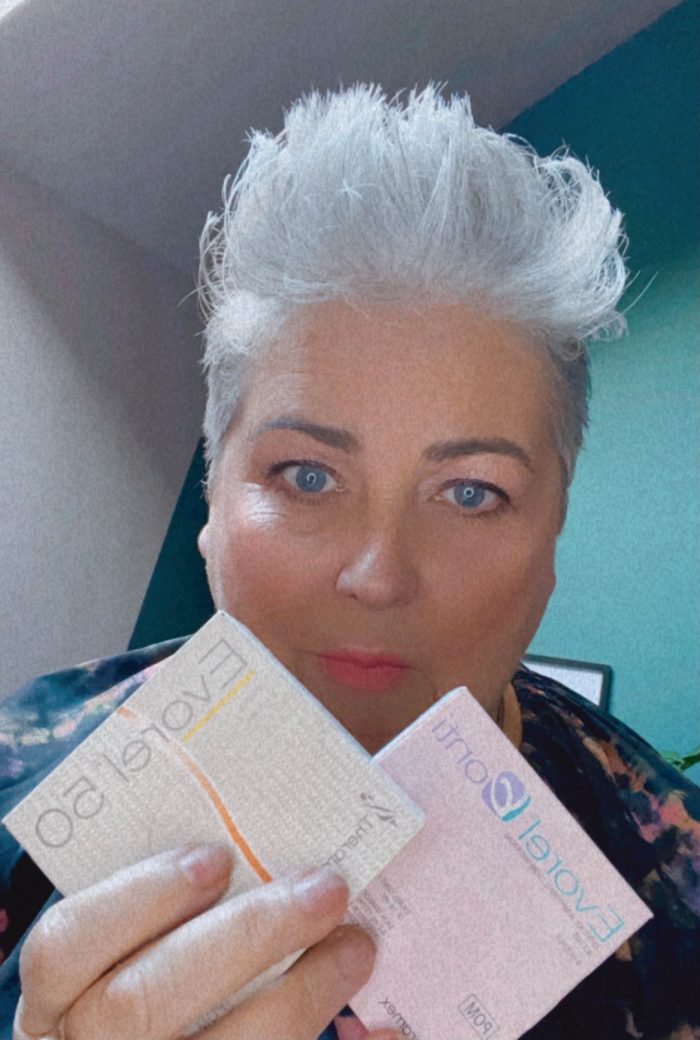 I thought I’d write another update about my menopause journey. 2021 from a hormones point of view hasn’t been that great for me. It took me a while to ask for help and to find out that potentially the way I was feeling might be down to my HRT not working anymore.

The last time I actually wrote a blog post about my menopause was in August 2019:

This was another period where things weren’t great for me. Fast forward a year to August 2020 and here I am on Instagram  feeling fabulous….

I clearly spoke too soon as towards the end of 2020 and early 2021 my symptoms started to creep back … all of them. This time they were coupled with intrusive thoughts. For months I thought there was something much worse wrong with me.  I was really starting to crumble again like before I’d ever gone on HRT. Finally, the thing that drove me to seek help from my GP was that I needed a review to get my next HRT prescription. This was in June. I decided to complete the online form and ask for a consultation. Around about this time I’d also done the Dr Google thing but nothing really jumped out at me. I had no clue that my HRT could’ve actually stopped working. I also think I’d held out ‘bothering’ my doctor because of the whole ‘worse people than me’ COVID thing. Yes, I was that person. I thought I was sensible. Just shows how a pandemic can throw other curveballs too,  doesn’t it?

I think I’ve mentioned before that the last 3 or 4 years I’ve been under the guidance of a very sympathetic, female GP. She was the one who sent me for the brain scan at the beginning of 2019. She’s also going through the menopause herself so we can really relate to each other.

When the call finally took place in mid July what she told me really surprised me. She told me that it’s not uncommon that after several years of being on HRT that symptoms could re-emerge. During early menopause  my ovaries will have more than likely still have been producing some oestrogen. That the HRT is still working but that my body is now producing less oestrogen and could need a top up. Who’d have thought? It makes sense when someone explains it but I just never twigged.

I think women should be offered menopause classes

The first step though she said was to have some blood tests. One to check my hormone levels and another to check over things like my thyroid and for diabetes as so many symptoms can also mask themselves as menopause symptoms.

Turned out when the blood test results came back that everything apart from my hormones was fine. My oestrogen level had dropped through the floor since last checked. It seems my ovaries were withering away and were finally packing up.

The solution she said was for me to wear a second patch alongside my twice weekly Evorel Conti. It’s what I refer to as my oestrogen boost. This patch is called Evorel 50. It’s hopeful that they will replace the down surge in oestrogen that has possibly been responsible for my symptoms coming back. 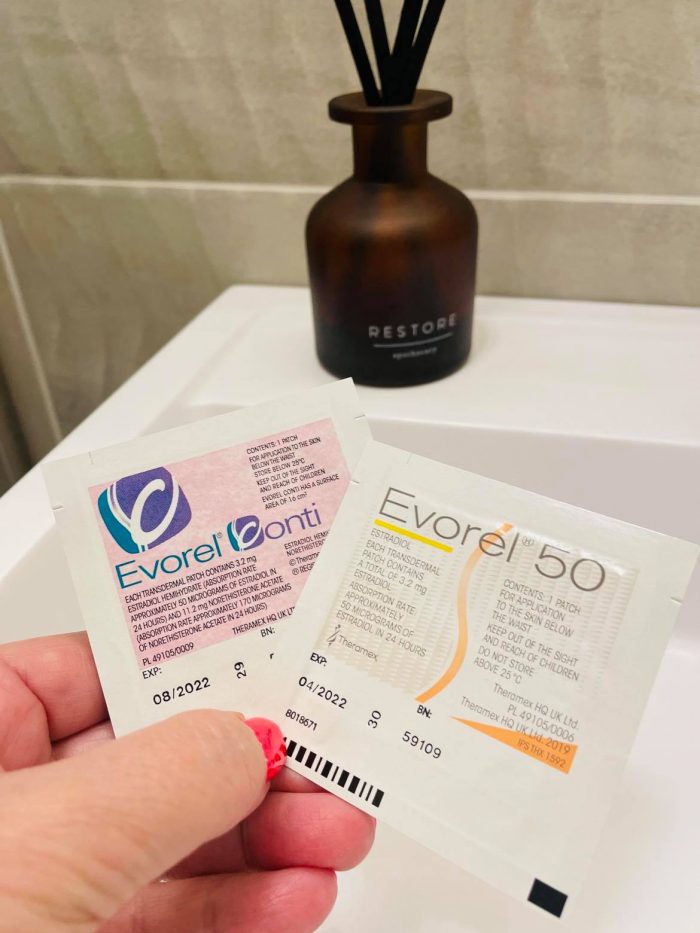 At the time of writing this I’m 10 days in so that’s 3 additional oestrogen shots so far. I can’t really say there’s any change but I am hopeful. I’m to have another blood test at the 6 week mark and she also suggested that I could maybe benefit from some testosterone. I did try this about two years ago to try and improve my sex drive but I got frightened off by stuff I read online. Next time, I’m not going to be swayed if she thinks it will help further. She didn’t want to introduce it at the same time as the new patch. This way helps us understand a bit better about what’s helping me.

It’s interesting that when I first started HRT about seven years ago, my then male GP said it was a great idea to be on it, gave me a prescription for gel and tablets but added as I left ..

“there’s nothing else though, that’s it”

I do actually feel as if  some progress has made in not only us women talking about menopause but in pressing for change. As that’s happening it seems like the medical profession is improving it’s own outlook and subsequent further research on menopause management.

Ladies, we deserve the best … let’s ask for it!

I’ll keep you all updated after my next bloods. In the meantime, please let me know in the comments how you are getting on if you are on this journey too and about your experience.