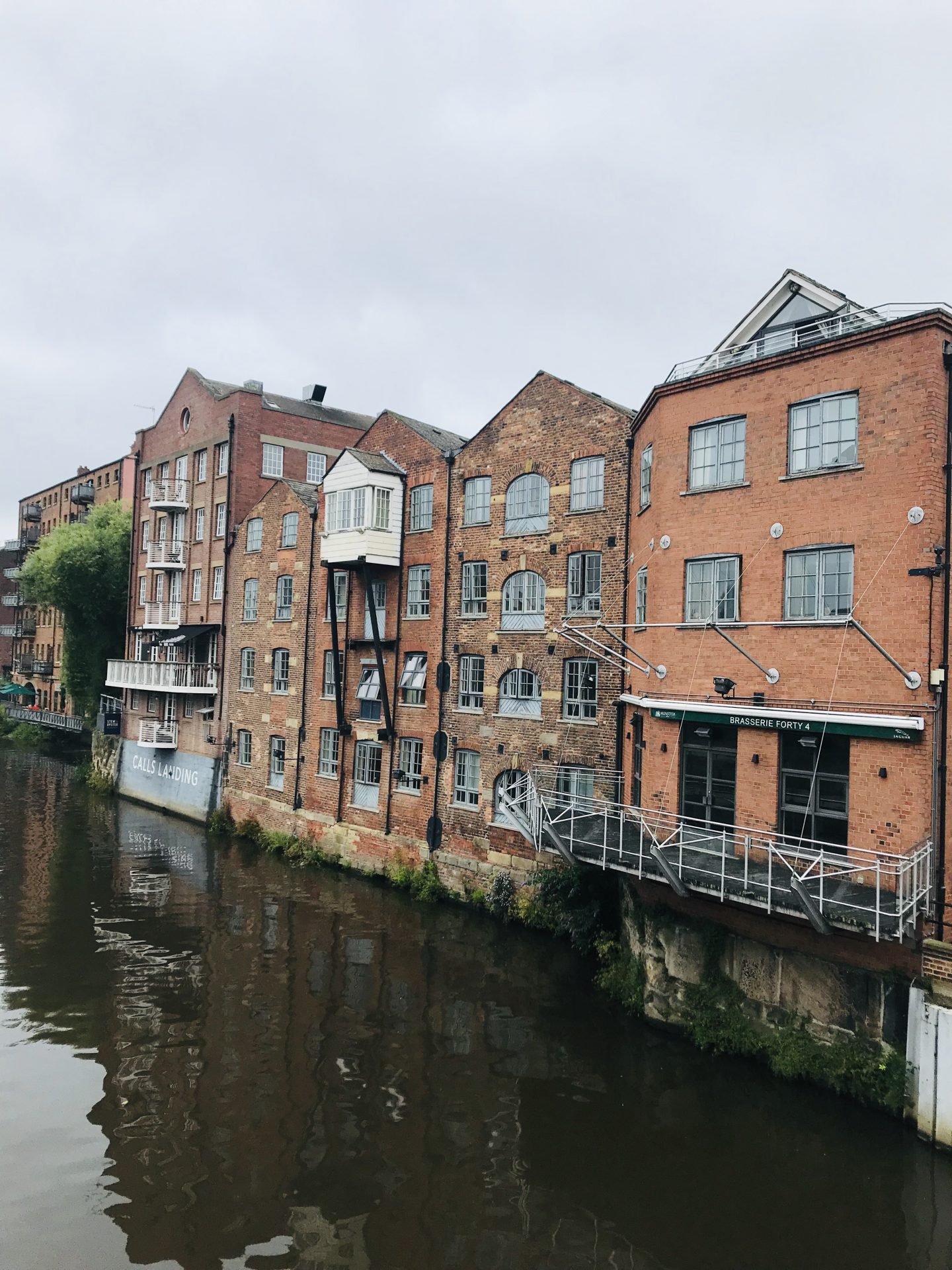 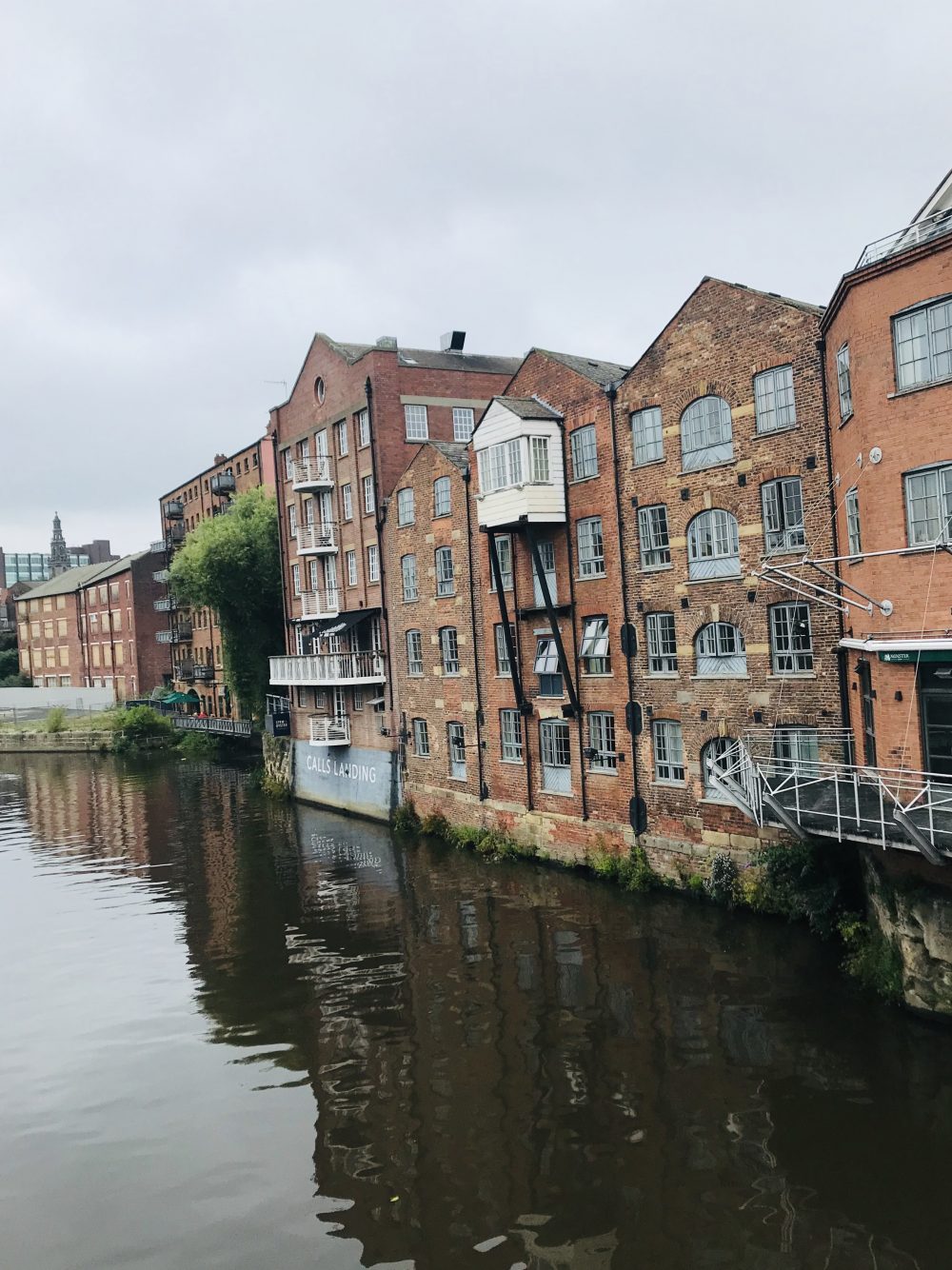 There is no better thing for me than when the four of us spend time together. A recent fun weekend in Leeds was an opportunity for us to have some grown up family time.

Our eldest son lives and works in Leeds now since February of this year. In June he moved into a new apartment which he has been very excited about. Now that he is settled he was also keen to show us the  the restaurants and bars.

The plan was that his younger brother would stay with him at his place and Mr B and I would book a hotel for two  nights so that we could have a Friday-Sunday stay.

The hotel I chose, ’42 The Calls’ used to be THE place to stay in Leeds in the 90’s as I seem to remember. It’s supposed to be 4 star but sadly, it’s now a bit faded around the edges. We paid £206 for the two nights in a deluxe double room through Booking.com. A discount of £18.58 was applied to bring the price down to £187.83 … no breakfast, though. I thought this was a bit steep.

I’d emailed ahead and asked for a canal view room and had a reply to say this wouldn’t be a problem. However, when we arrived our room was a street view. It was a very hot, humid late Friday afternoon and I simply couldn’t be bothered to make a fuss. It’s just disappointing when things you ask for don’t go to plan, isn’t it?  We’d also been told when we’d dropped our bags off earlier in the day that they would be taken to our room. Upon check-in they hadn’t. Like I say, the 4 star touches just weren’t there in my opinion.

It’s also very expensive to park long term in Leeds. Even with a small discount from the hotel it’s still £19.95 per 24 hours. We were lucky in that our son’s flat share friend’s car park space became available so on the Saturday afternoon Mr B was able to move our car.

The area around the hotel though is very historic and picturesque and most importantly a very short walk to all the fabulous bars and nightlife and also to the shopping at Trinity Leeds.

Our weekend kicked off at 1pm on the Friday once we had dropped our bags off at the hotel. Eldest son, Dex had created an itinerary. He’s so good at these. Me and his Dad love that we are always in safe hands. Isn’t it hilarious how the tables turn?

First stop was Belgrave Music Hall & Canteen. This place had a really cool, laid back vibe with the most amazing pizza slices. We weren’t even hungry until we saw other people chomping on them. The flavour combos were amazing.

Next stop was The Brotherhood to share a very large jug of Pimms.

Then onto another really cool place with a roof top terrace; Headrow House. This is where the son comes on nights out he informed us. It was quite quiet for a Friday afternoon but to be honest it was perfect. We chose where we wanted to sit and it was perfect for one of our family natters; putting the world to rights. I seem to remember it was gin cocktails here.

I’d love to re-visit for the Saturday night vibes. 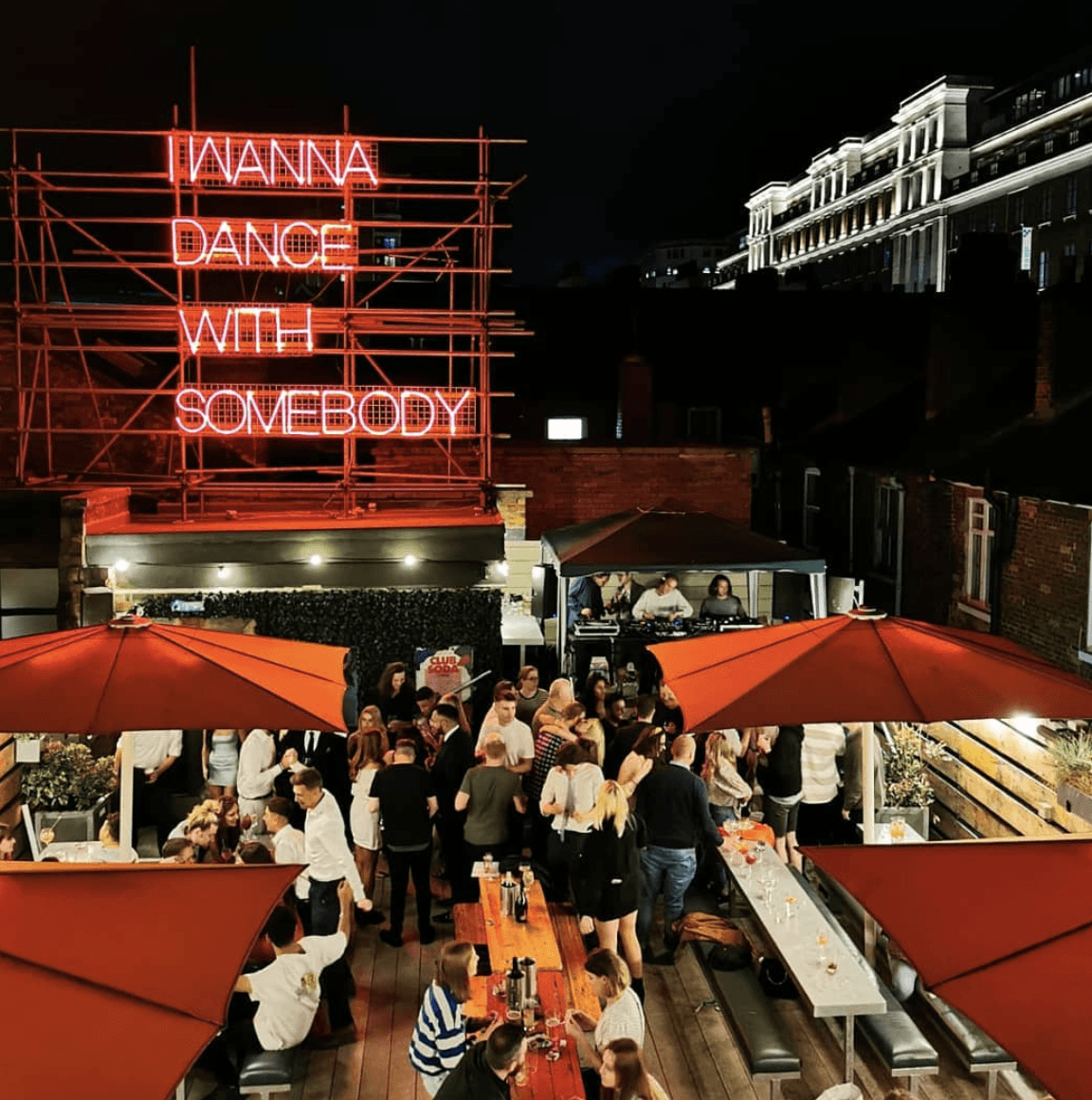 Have you heard of this new craze? Crazy golf, adults only,  indoors, in the dark with cocktails!!!

It’s brilliant. We had such a laugh. If you follow me on Instagram you may remember the day. There is a selfie booth at the end and you can make a gif that they email to you to share. A lot of fun.  It’s £9.50 each at a weekend and the cocktails .. well the usual. It can get very expensive. We even had a tequila shot each halfway around the course. We chose the Bozo course because we are scared of clowns!  We wanted to face our fears! The scores went exactly how anything goes in our family. Mr B first because he is so competitive and never lets them win. Then Dex, then me and then Patch.

I scored the only hole in one of the day

After this, Dex had booked us for an early evening meal. It was LIVIN’ Italy at their Cloth Hall Street venue. I thought the pizza at Belgrave Music Hall was lush but here I was ordering pizza again. It’s a lovely, friendly restaurant. A great vibe. There’s something about city life, isn’t there? The constant buzz is so different to what we are used to in our hometown that never gets very busy, really.

I think it was about £70 for the four of us here with wine.

I’d go back to all of these places in a heart beat. What I loved about it was everything was in close proximity to each other. Whether this was by default or Dex’s attention to detail I’m not sure. Either way, a great trail around the city for adults on a mission to enjoy themselves.

We then made our way along The Calls and sat outside a cute little bar called Cuckoo. It was a very muggy July night weather wise so an outside table was the place to be. Also, a great seat to watch the world go by.

We parted company around 11pm. Time for mum and dad to go back to the hotel for a nightcap and the boys to go on clubbing.

We knew there was no point on putting pressure on the boys today. Turns out they were out until 5.30am!

Today was going to be a day of shopping for me and Mr B.

We kicked the day off with brunch at Bills. It’s right bang in the centre at Albion Place. I’d had this on my bucket list for a while and it didn’t disappoint.

We  both opted for Bill’s Brunch – two fried free range eggs, smoked streaky bacon, Cumberland sausage, roasted plum tomatoes, mushrooms, potato rösti, baked beans, black pudding & toast. I had a super boost fresh press of strawberry, apple mint and lemon. Mr B had a fresh orange and we both had English breakfast tea. Approx £30 for the two of us. I’m glad I ticked it off my list. I mean look at this …

We had various stop offs throughout the day; coffee at Carluccio’s and cocktails at The Alchemist. I’ve been here several times now and I’ve got to say it’s now one of my least favourite places. Very posey and superficial as I think the cocktails are, too. Over priced and pretentious.

We went back to the hotel laden down with purchases. I was surprised Mr B made any holiday purchases. Normally he needs a lot of persuasion. We decided to have forty winks before it was time to catch up with the boys again. We’d made a dinner reservation at a tapas restaurant called Ambiente Tapas a few doors down from the hotel so the boys were going to call to collect us on the way. 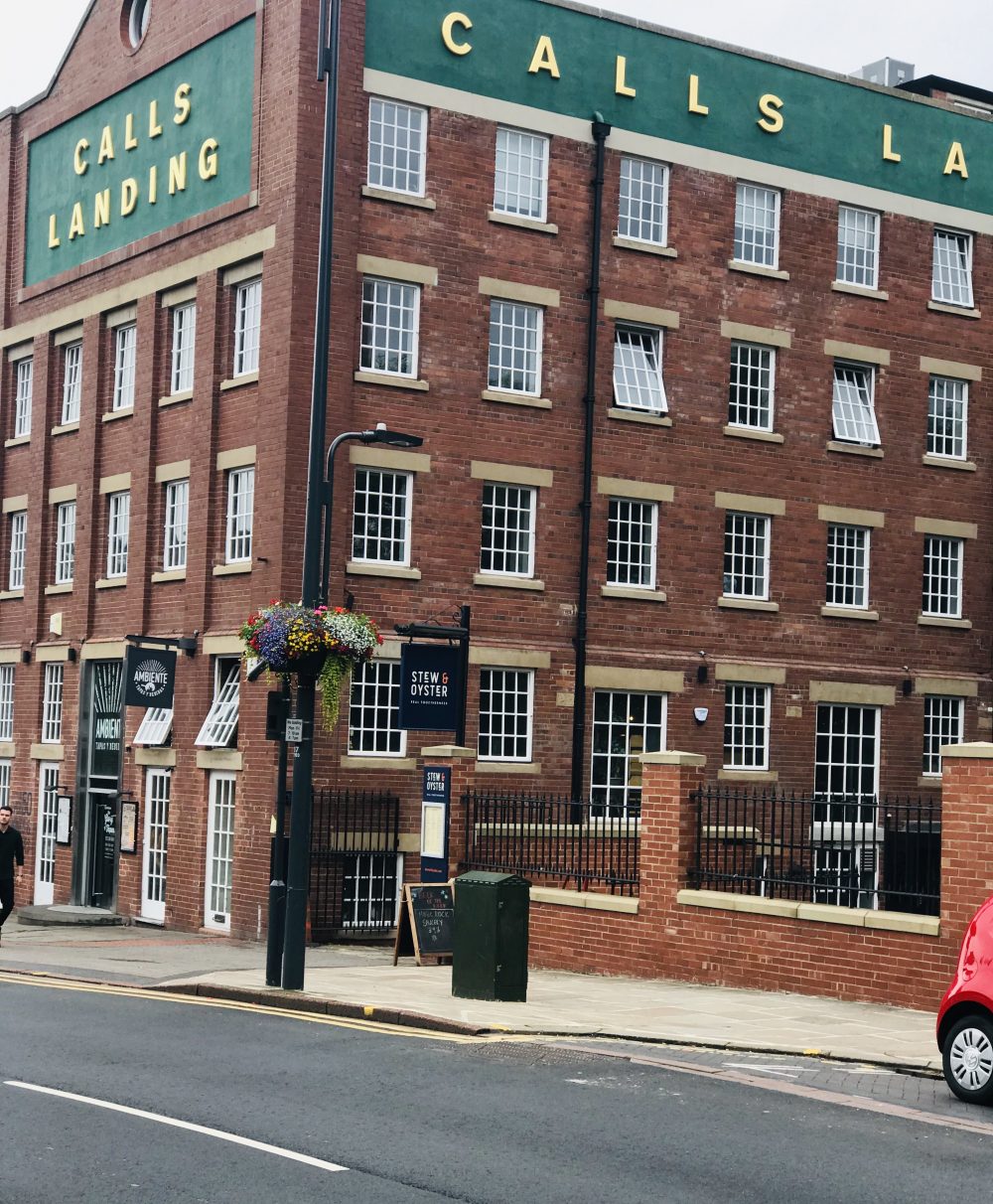 Some of our food. Not the best photos. To be honest we hardly took any photos all weekend especially the time we had together because we were just too busy having fun. 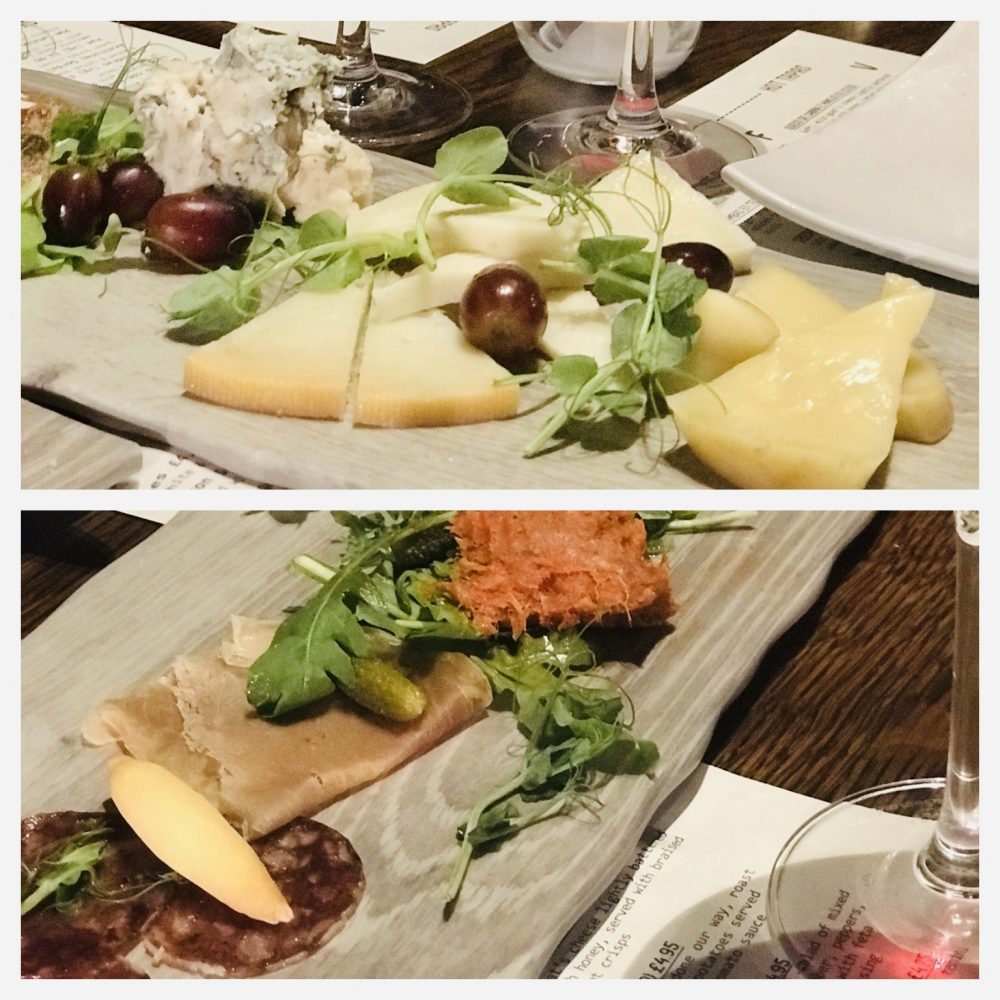 We opted for the meat platter and cheese board along with various other tapas plates which I can’t remember but they were all lush. I thought it might take a beating from some of the tapas we tried in Barcelona last year but it certainly held it’s own. We shared a jug of sangria. Perfect.

The bill came to around £100 including a tip.

I was raring to go but Mr B was tired as he was still getting used to walking after his recent knee op and the boys were still feeling a little can I say? Fragile 😉

We were up and about early desperate for coffee and croissants but bizarrely couldn’t find this option anywhere close by. How weird is that? Still, it gave us time to have a nice stroll around the area close to the hotel.

What I will say about the hotel. It had one of the most comfortable beds I’d ever slept in away from my own bed. We both agreed this.

The area known as The Calls is steeped in industrial heritage. 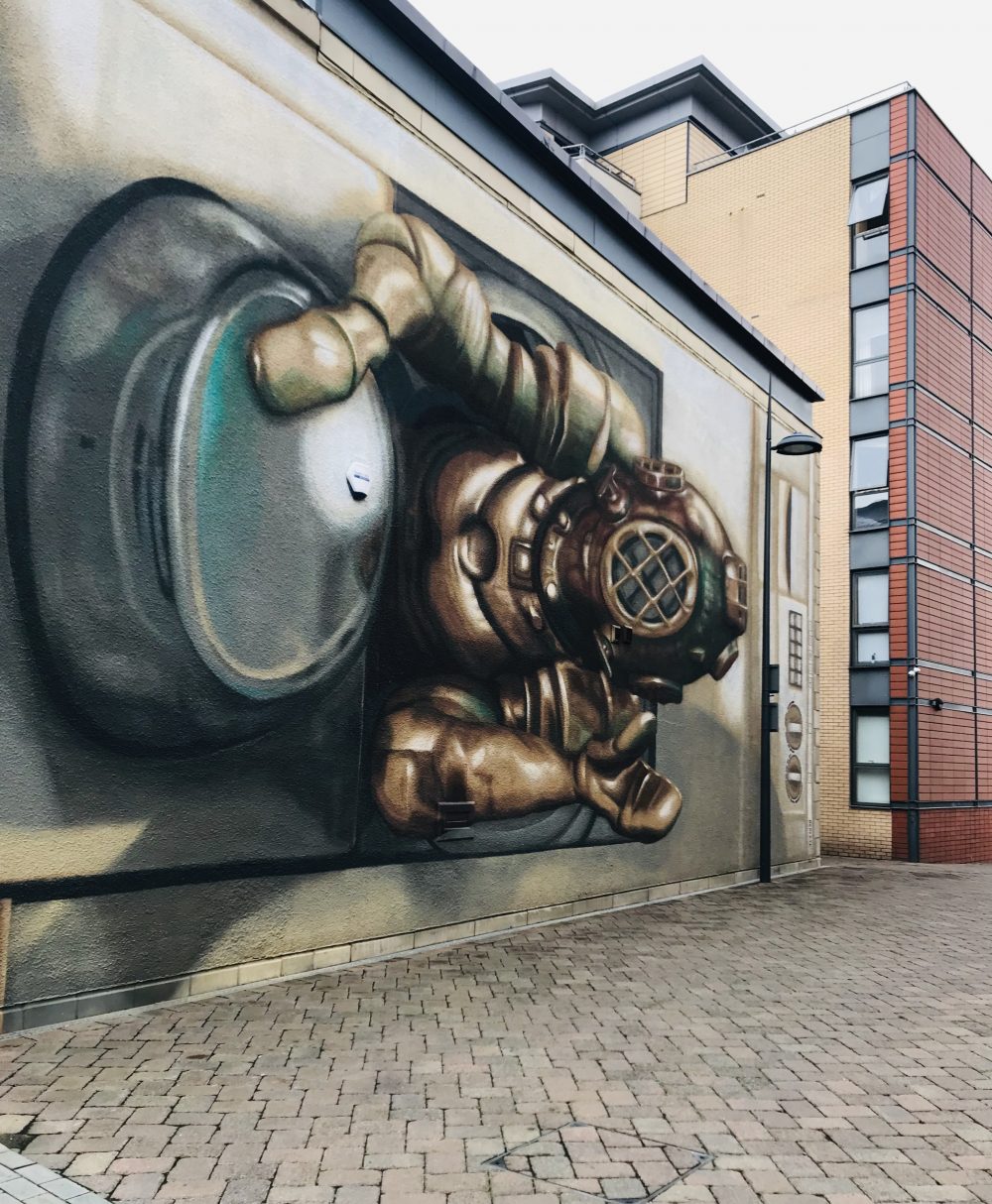 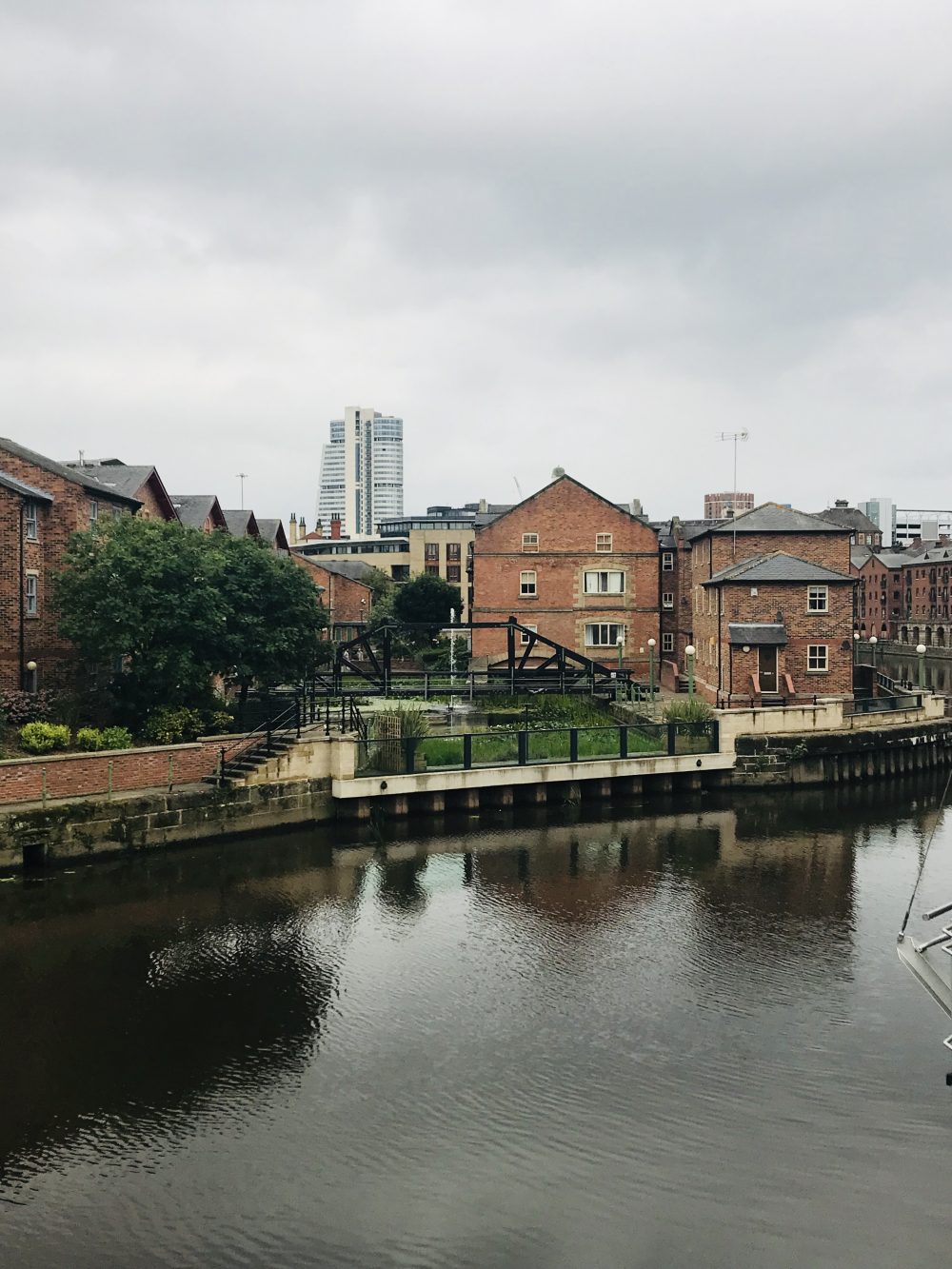 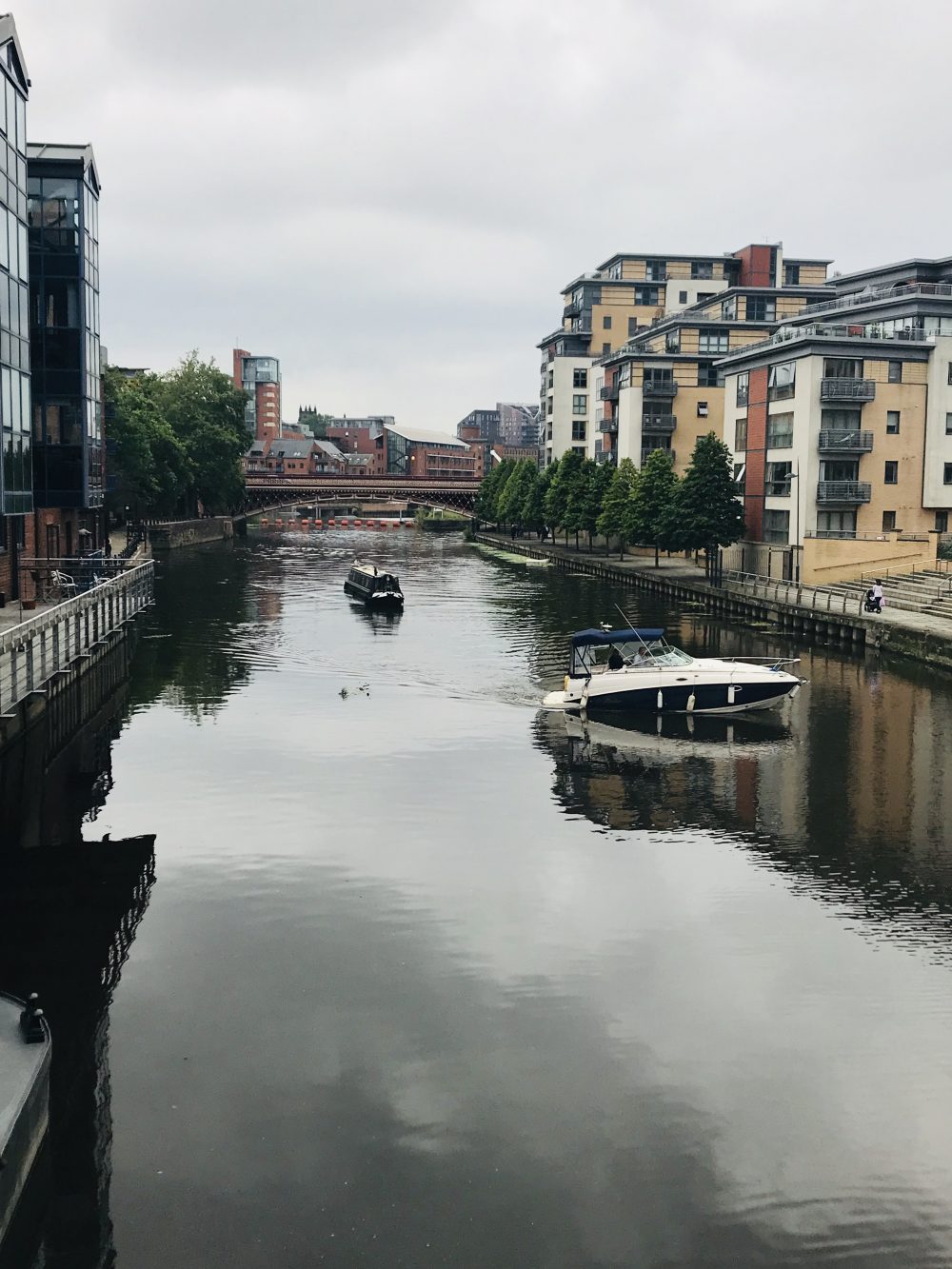 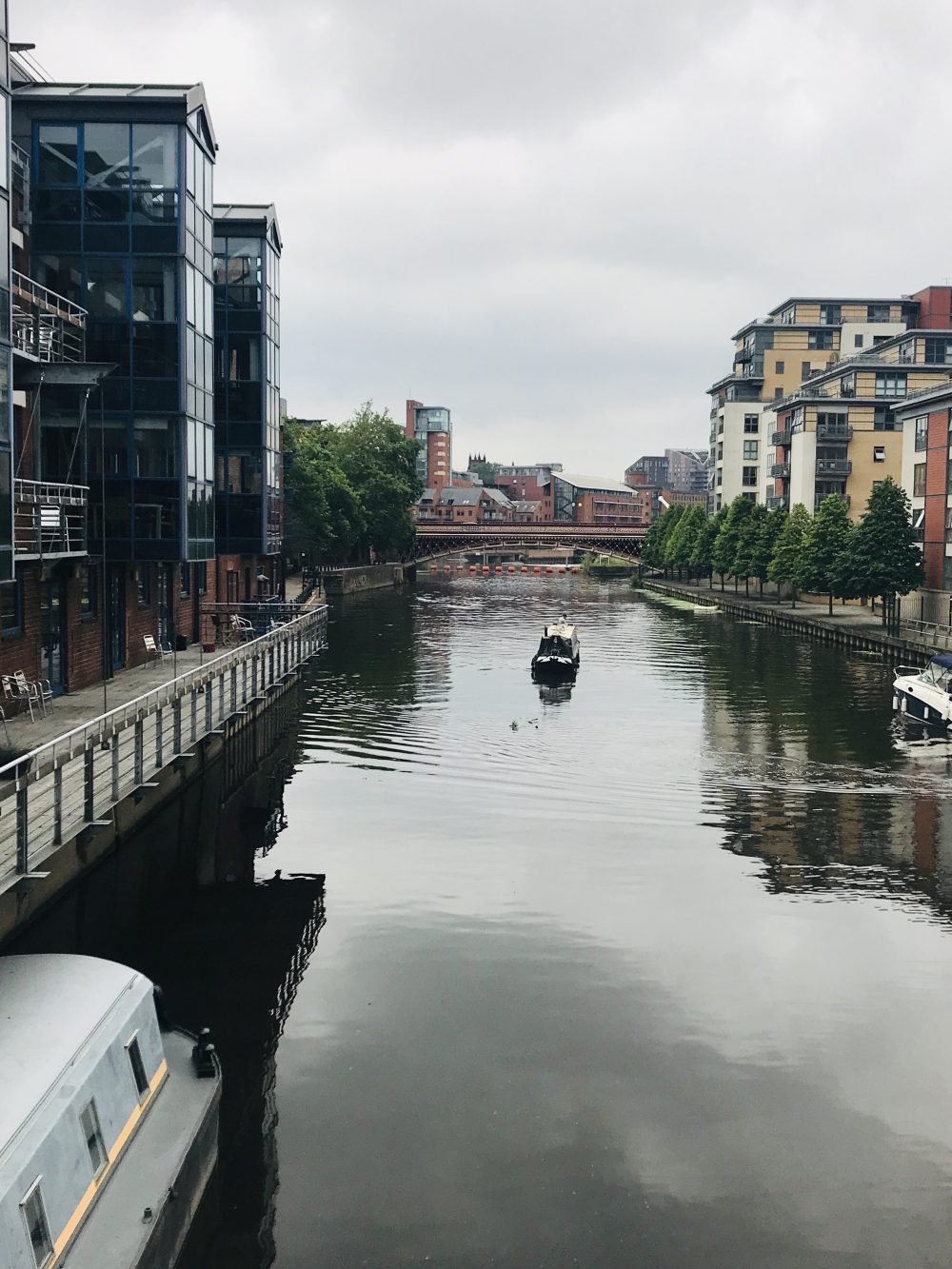 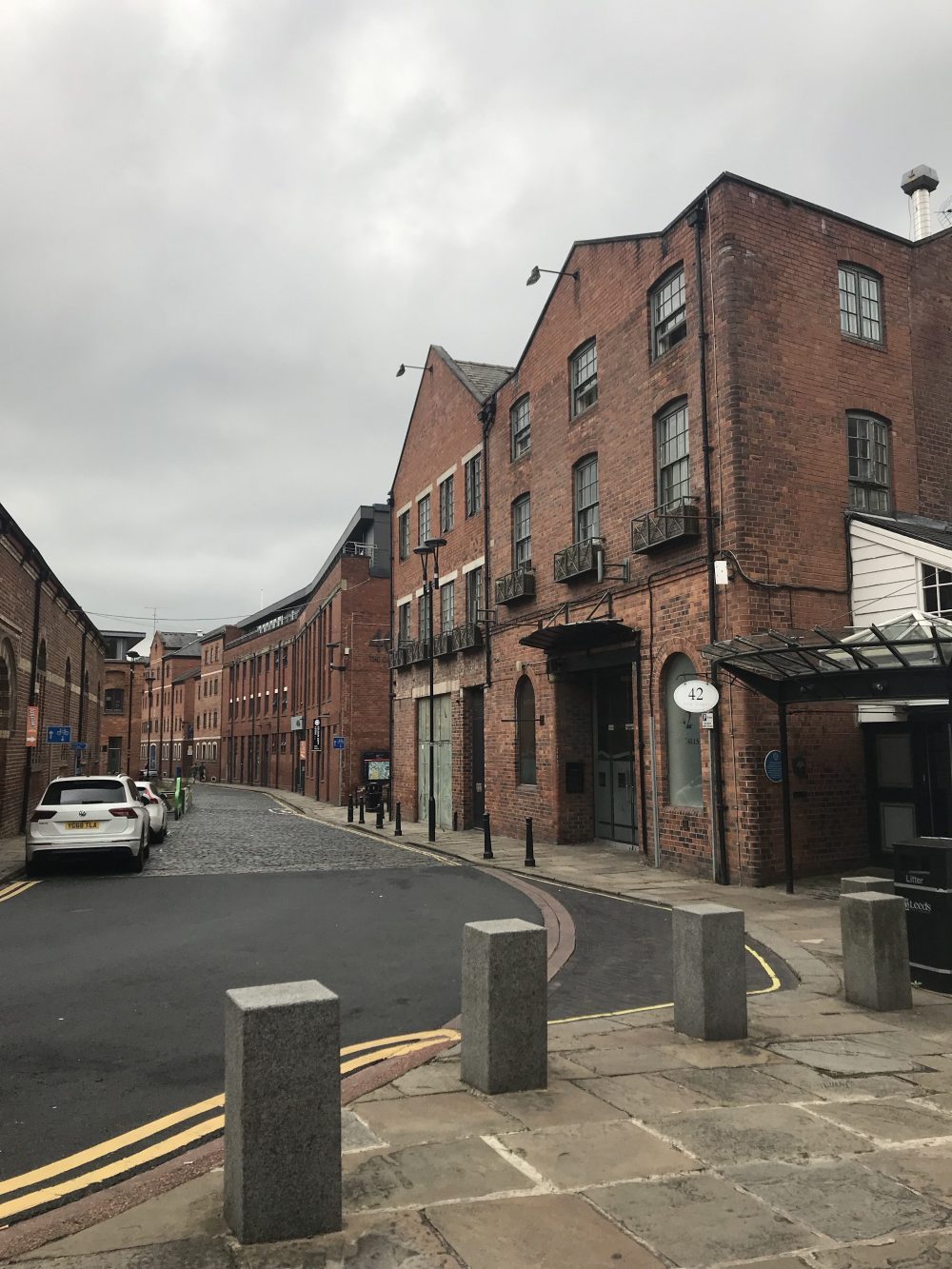 The pictures look a bit mean and moody, don’t they? It was a bit of a let down weather wise. The Thursday I’d actually been in Leeds working and it was one of the hottest days of the year. 34 degrees C. It was very humid and warm but rainy and dull looking all weekend. It didn’t dampen our sprits, though.

We walked into the centre for some more shopping. Mr B was a bit disappointed that it was back to the shops but you know what it’s like when you have the opportunity to go back for something.

Dex had booked Sunday lunch at a pub that had come highly recommended and again was close to our hotel; The Lamb & Flag 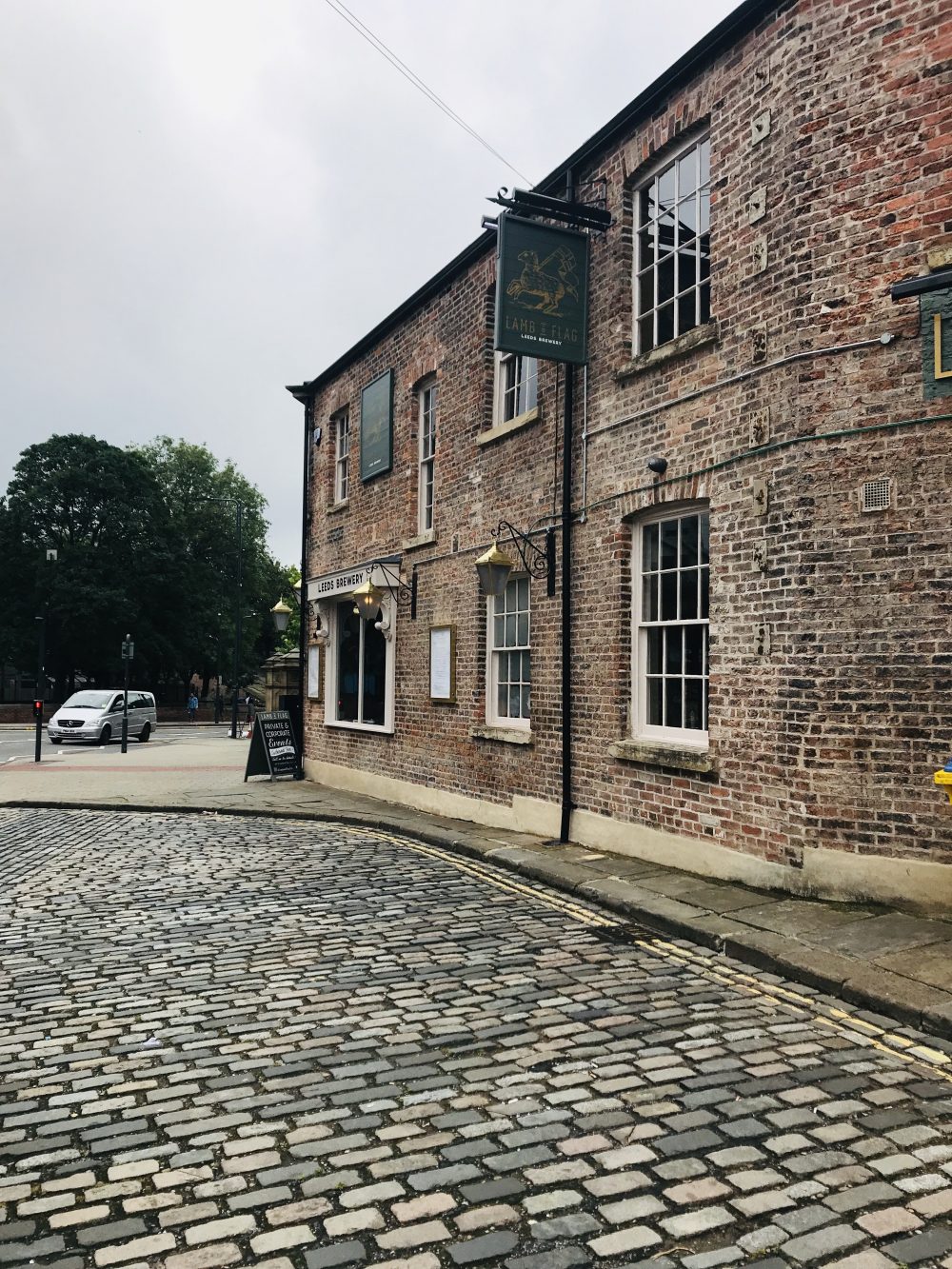 Three of us had the Yorkshire Dales Beef Topside and one chicken. I still had room for pud. Unfortunately, It was a BIG let down. It was an Eton Mess but waayyy too much cream. It takes a lot for me to moan about a dessert. I am sweet tooth hussy. Mr B mentioned it when he paid the bill  but the reply was ‘that’s how we make it.’ Well, I can give them a tip. I’ve tried many an Eton Mess in my lifetime and although I’m no expert it is only strawberry, meringue and cream at the end of the day and I can hand on heart say this was the worst I’d ever tasted. Not like me to leave a dessert.

It seems as if our whole weekend was devoted to food and drink but that’s what you do when you have fun with family and friends, isn’t it?

We had a lot of laughs and banter. We love any opportunity to hang out with these two even though it’s a bit heavy on the bank balance … 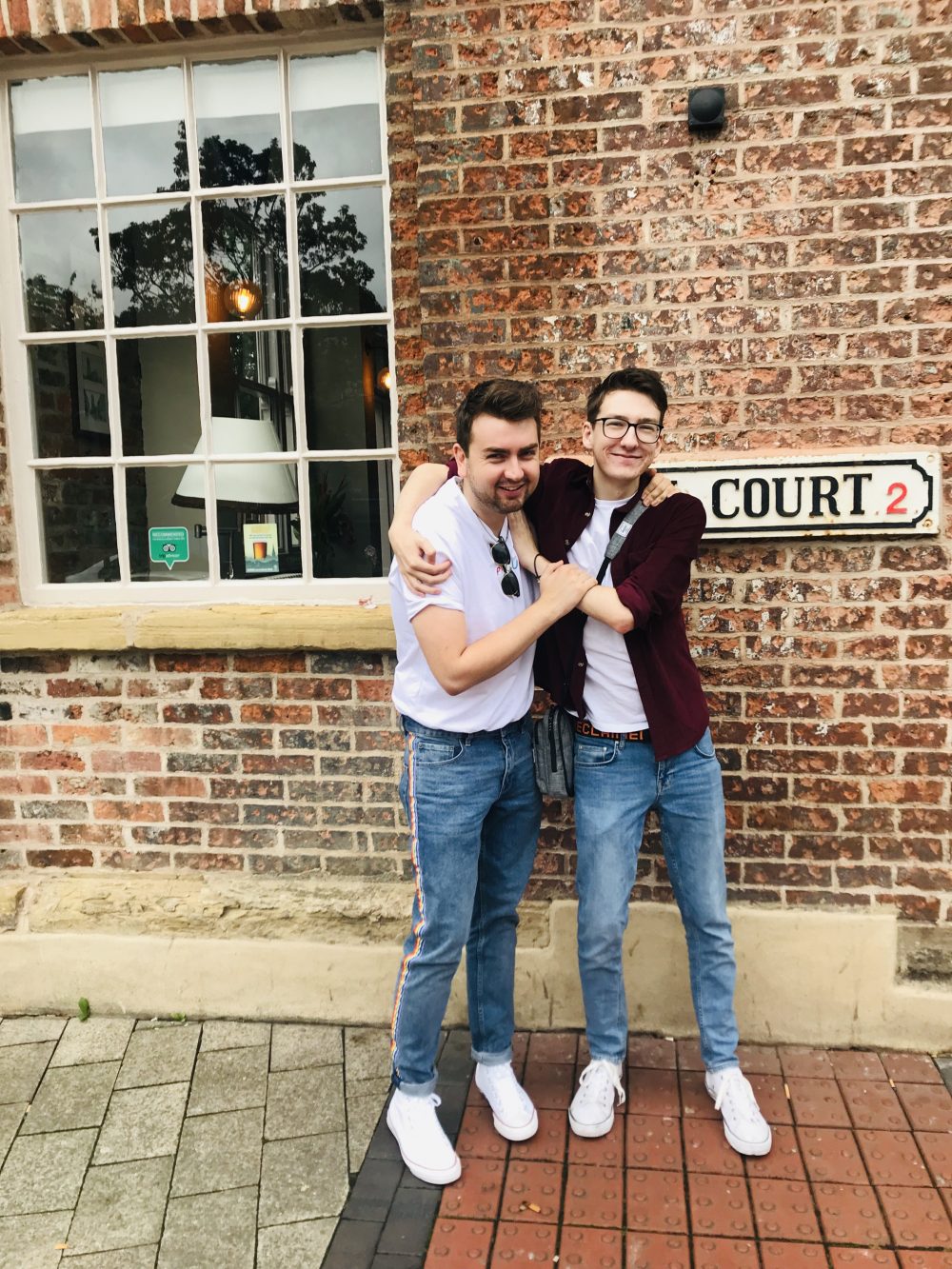 I’m looking forward to exploring Leeds more now that Dex is based there and that I also visit regularly for work meetings now, too.

I can’t wait for another family fun filled weekend.