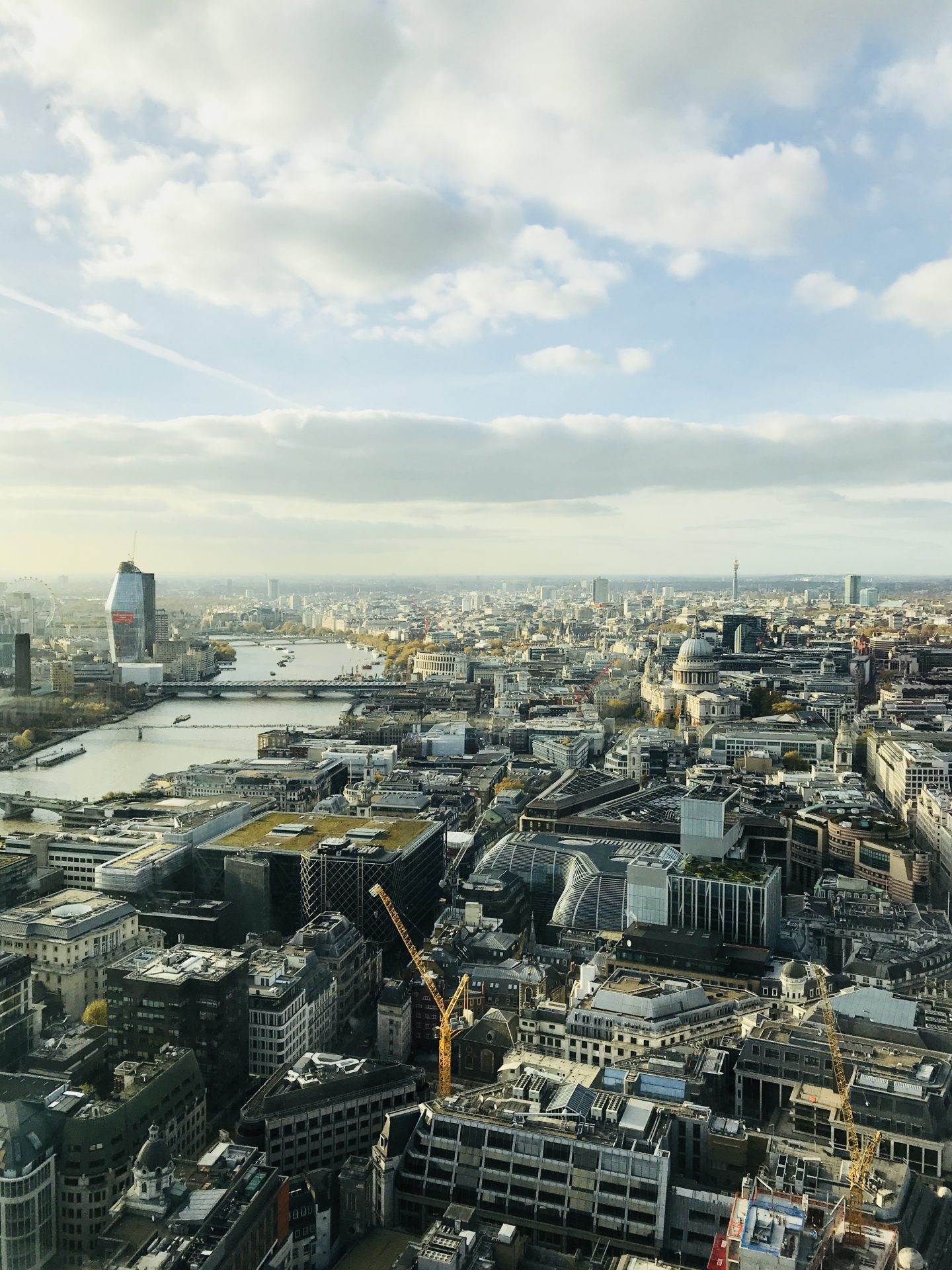 When you are having a reunion with your oldest school friend  where better to have it than at Sky Garden in the City of London? My friend, Lesley had booked an early lunch at Darwin Brasserie on Level 36.

The food was lush — I had ham hock terrine and Lesley had macaroni cheese – washed down with several glasses of fizz. The staff were very friendly and attentive. 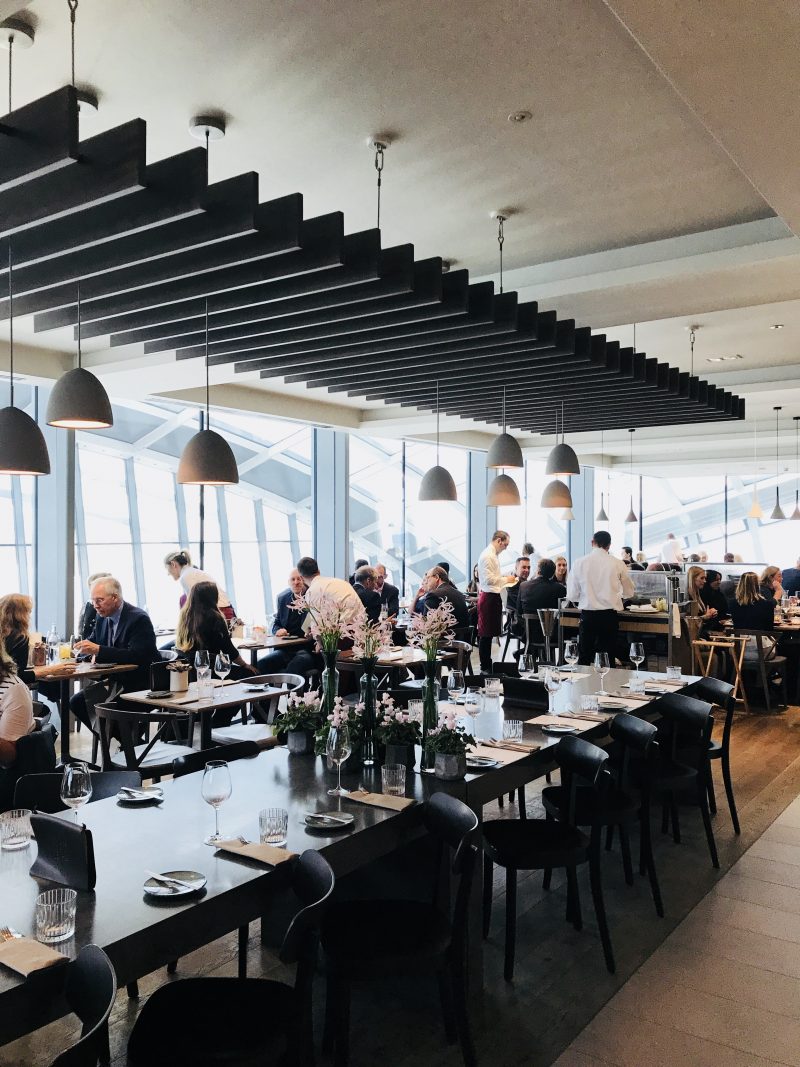 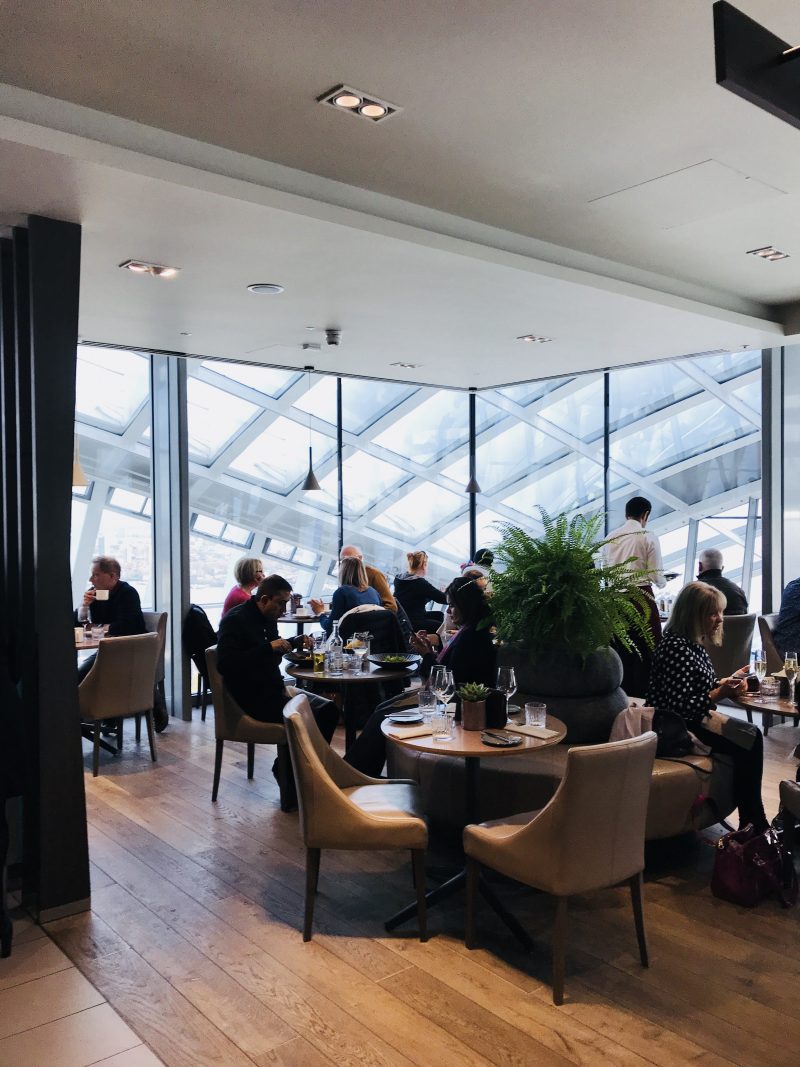 Lesley had even arranged this reunion message. How lovely is it? Until this summer we hadn’t seen each other for 36 years. Yes .. 36 years .. can you believe it? We had and still have a lot to catch up with on each others lives. 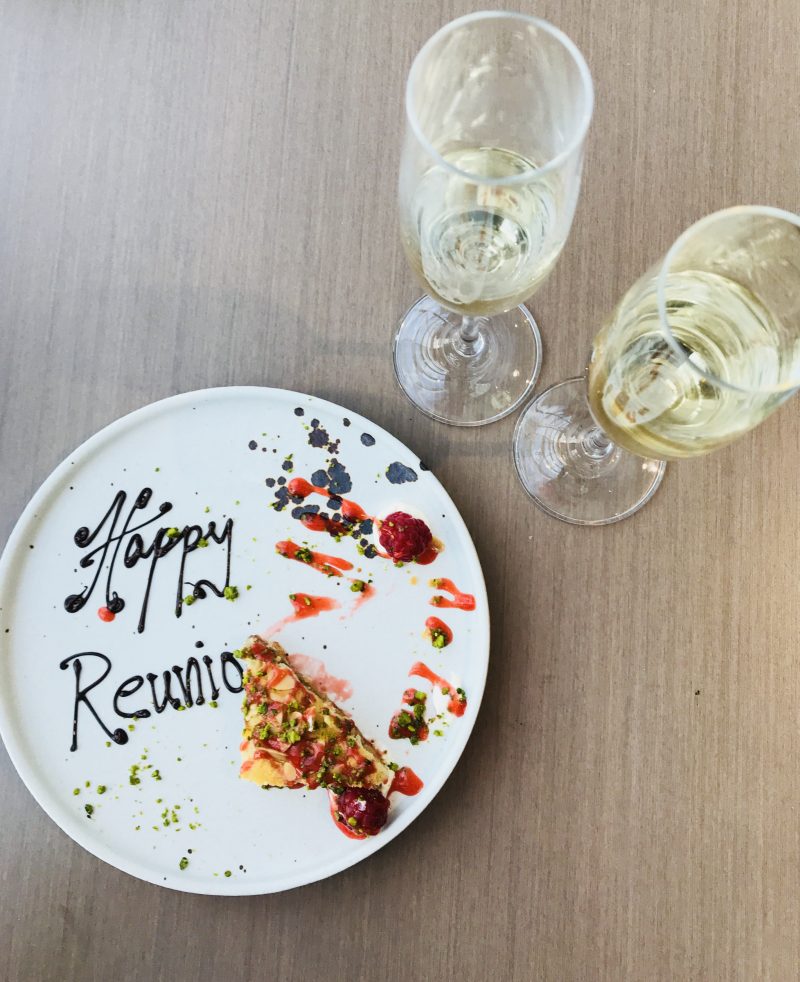 But the reason why this restaurant is so special is the views it affords. I think Lesley must’ve ordered the weather, too. Look at these views across the London skyline. I’ll let the photos do the talking as there isn’t much I feel I can add. For a change! 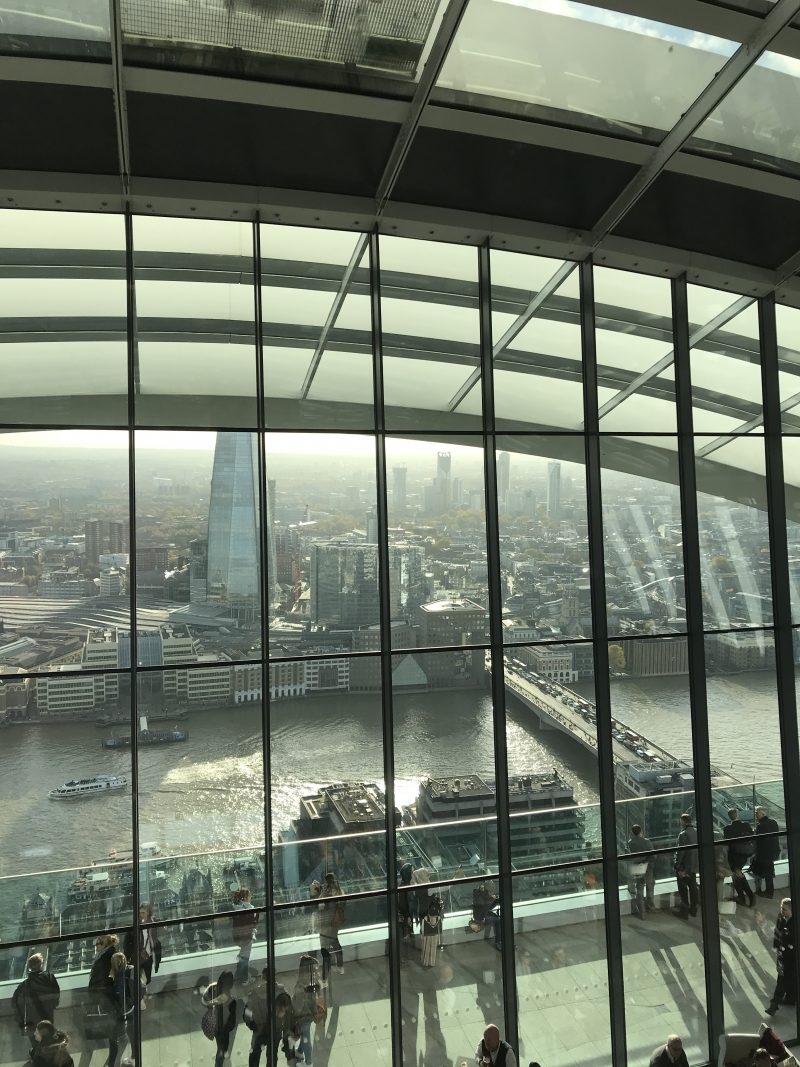 I felt as if I could reach out and touch The Gherkin! 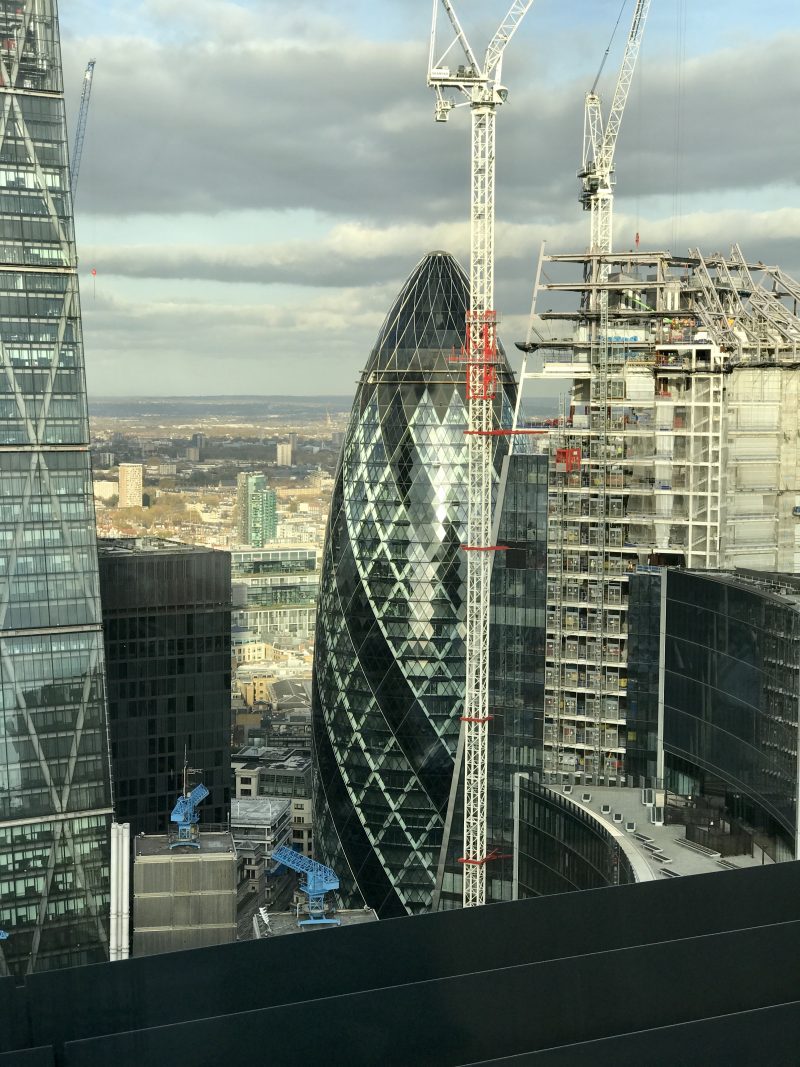 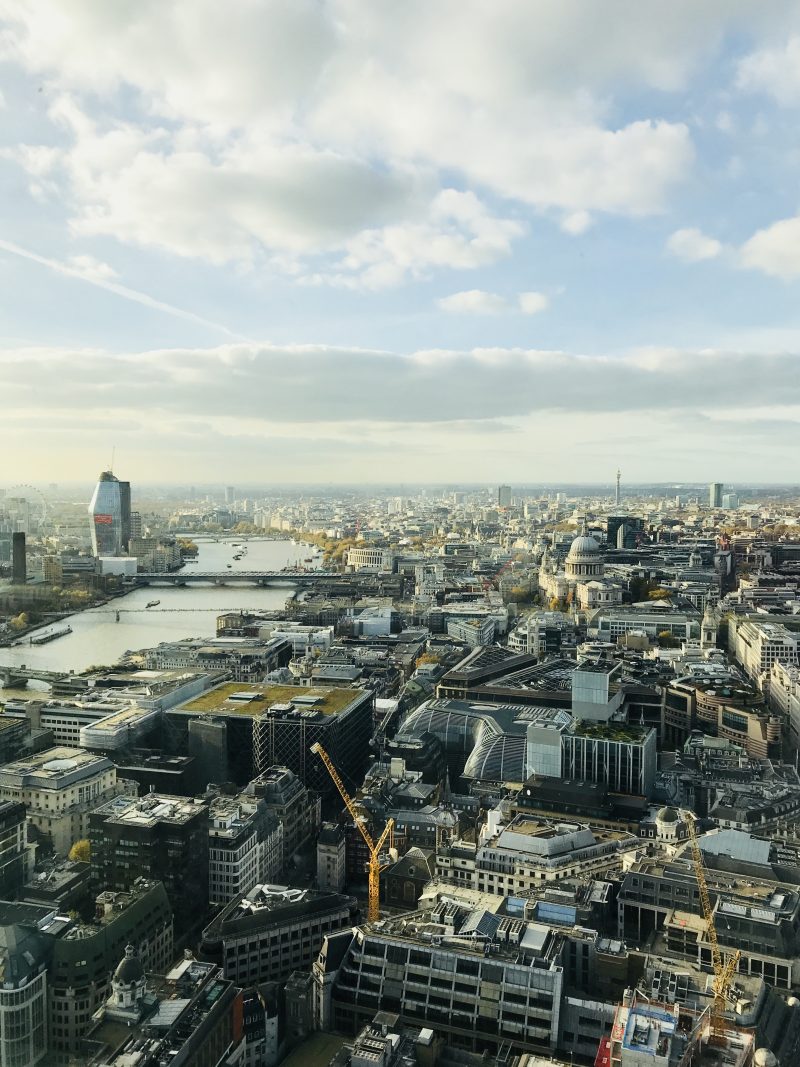 Look at this view of The Shard! 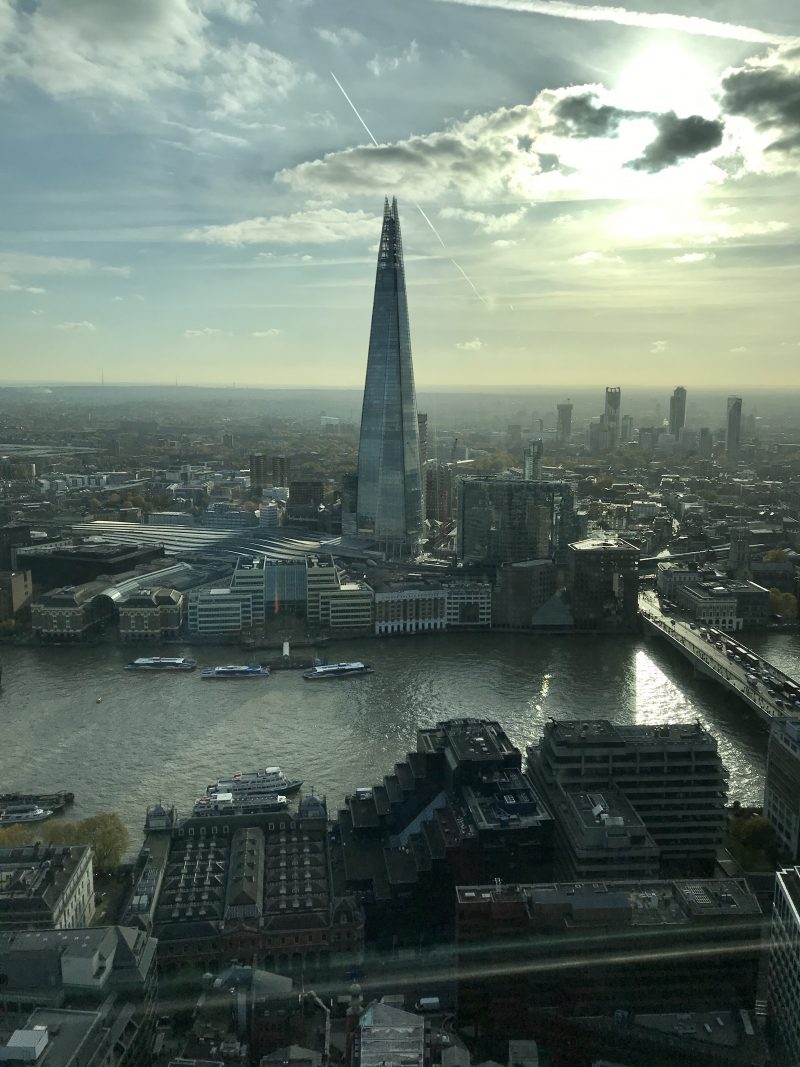 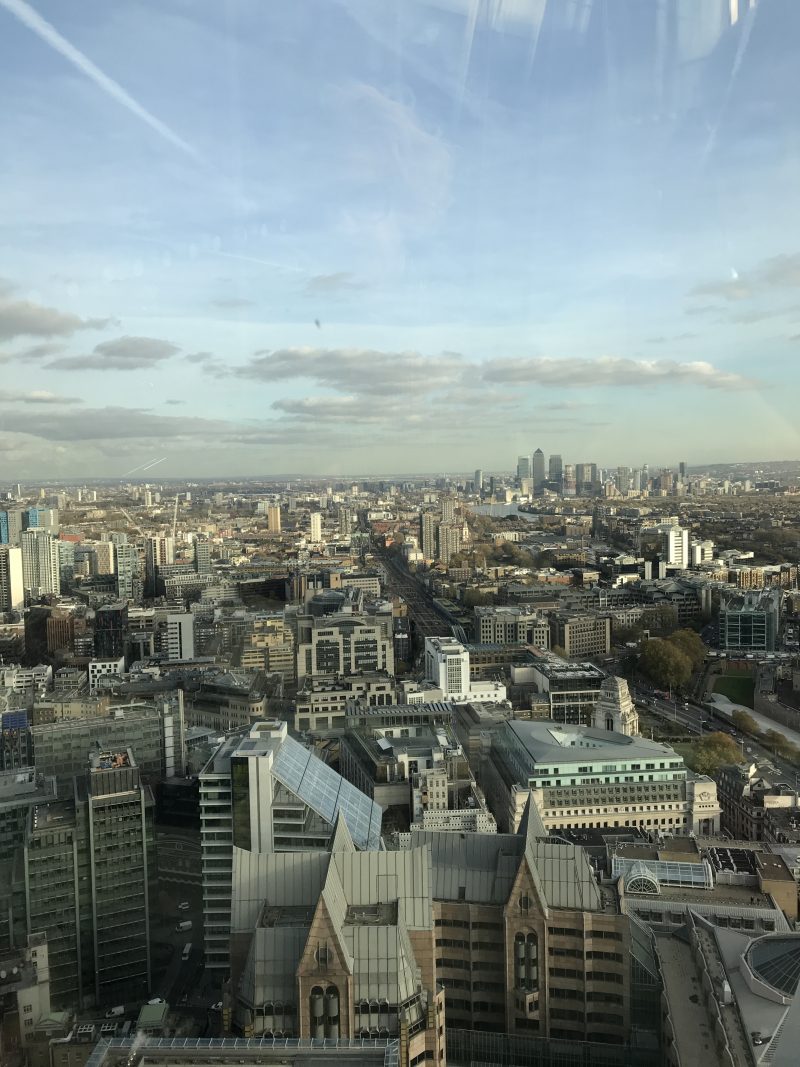 One of my all time favourite London landmarks … Tower Bridge. 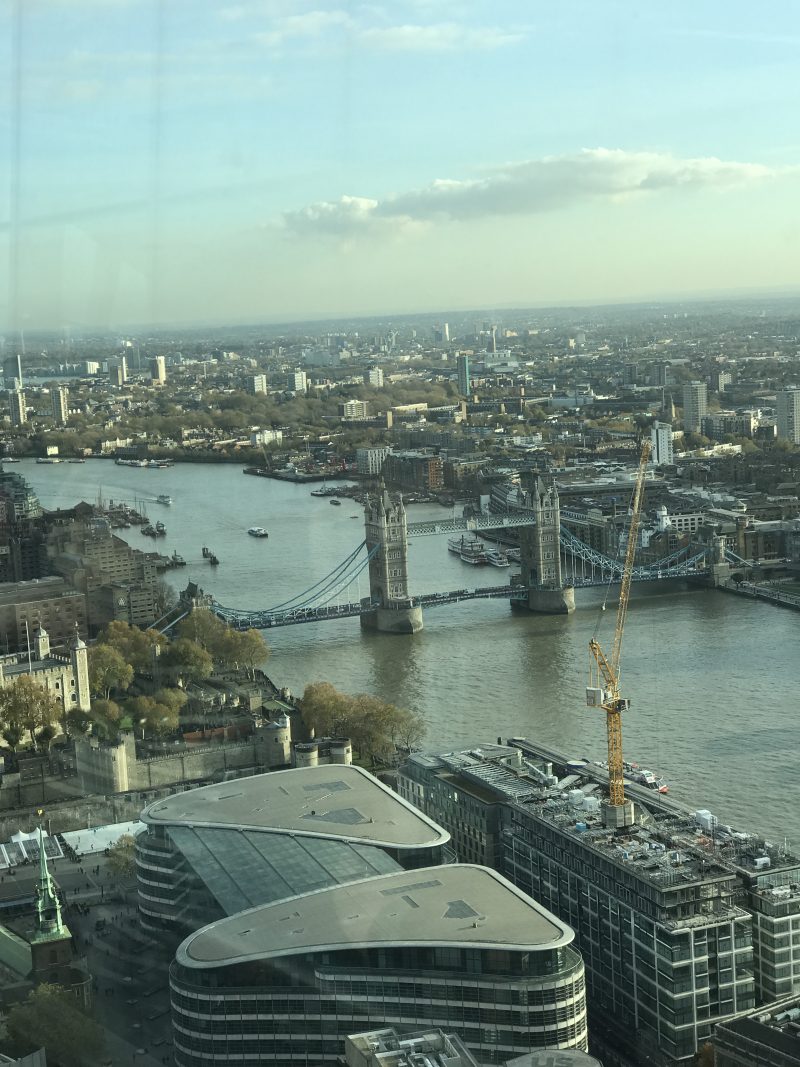 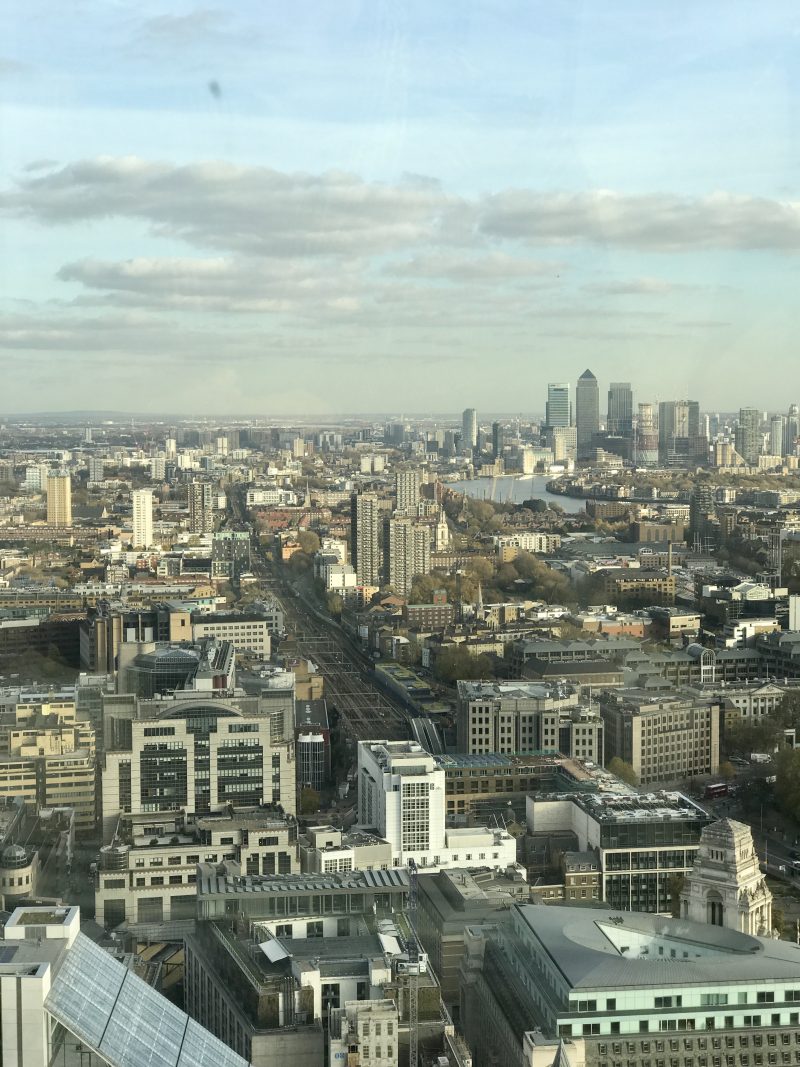 Once we had finished lunch we stood and gawped and talked .. and talked and gawped. Forget about photos of the food. Well I did ..sorry not sorry. Between catching up on our lives and soaking up these views there wasn’t time to get foodie pics.

Once safely back on terra firma this is looking skyward to the Sky Garden. It’s nickname is the ‘walkie talkie’ building and I think you can tell why. 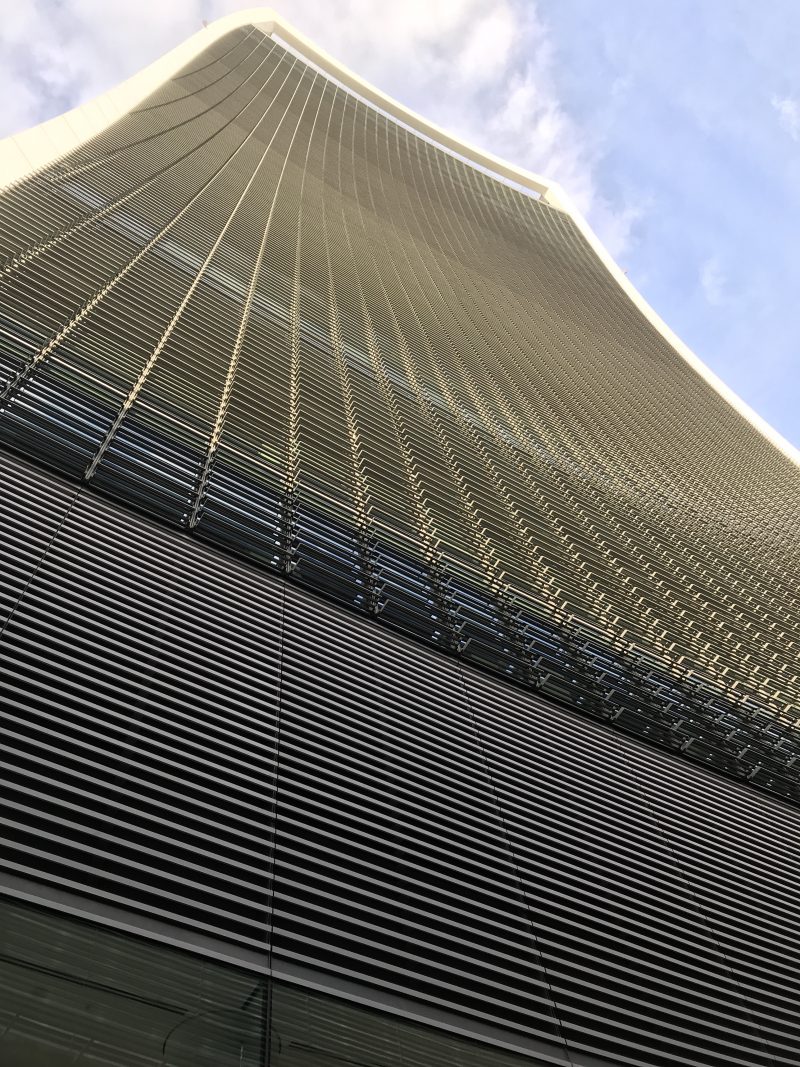 Another building that has quickly become famous is ‘The Cheese Grater’ formally known as The Leadenhall Building. We walked past this and the … 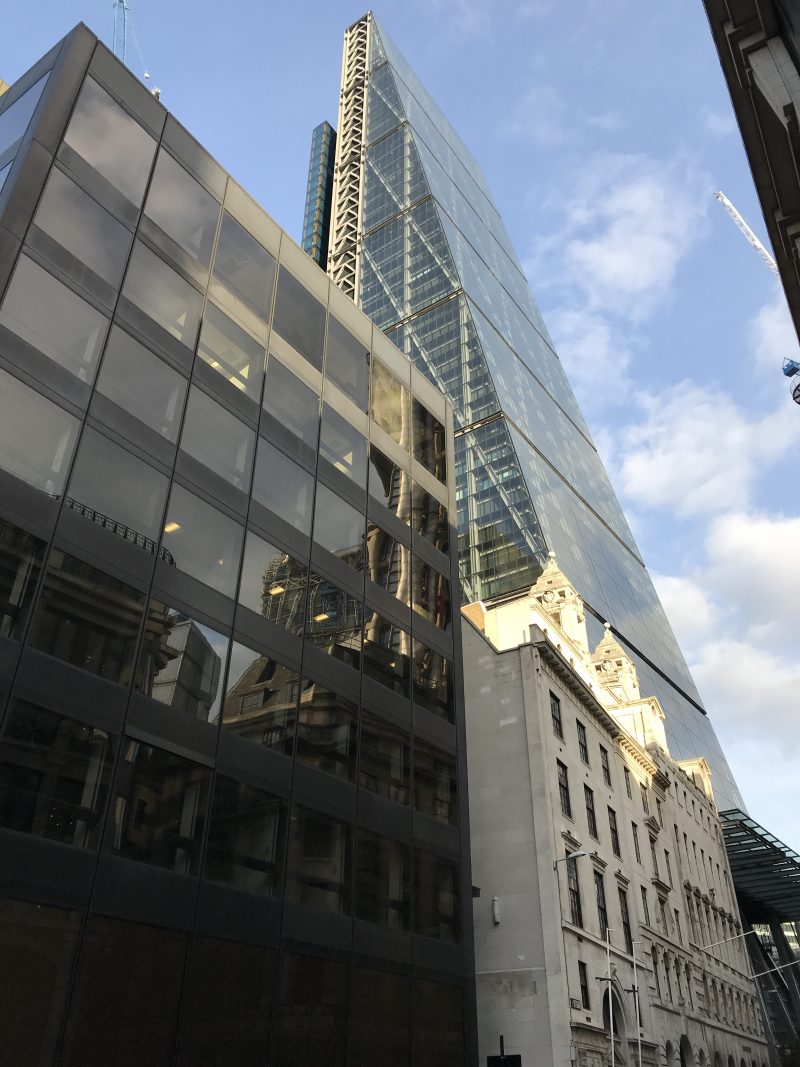 Monument to the Great Fire of London. It was built between 1671 and 1677 to commemorate the fire and to celebrate the rebuilding of the City. The architect was Sir Christopher Wren. I love all this history. 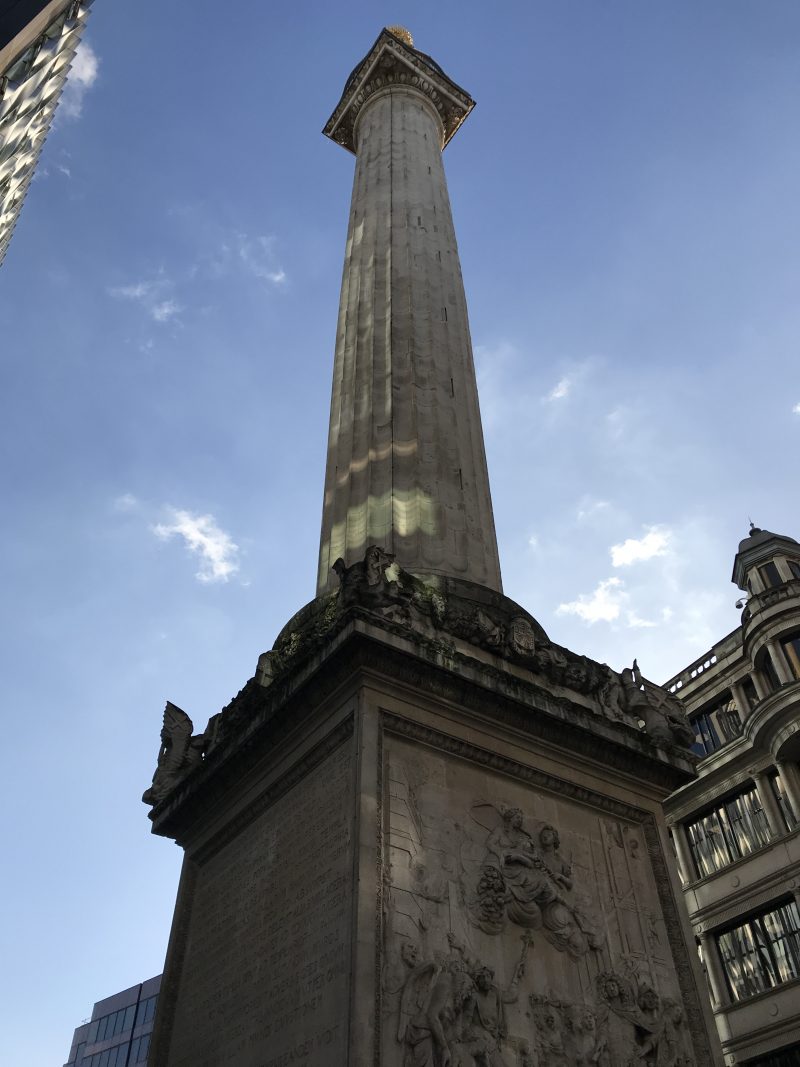 We were on a mission. Lesley wanted to take me to a very special pub. We passed through Leadenhall Market.

“Leadenhall Market dates back to the 14th century and is situated in what was the centre of Roman London. Originally a meat, poultry and game market, it is now home to a number of boutique retailers, restaurants, cafes, wine bars and an award-winning pub.

Starting as the site of a manor, Leadenhall has survived changes in use, rebuilding, and even the Great Fire to become a popular destination for city residents, visitors and workers.” Find out more at the market’s website. 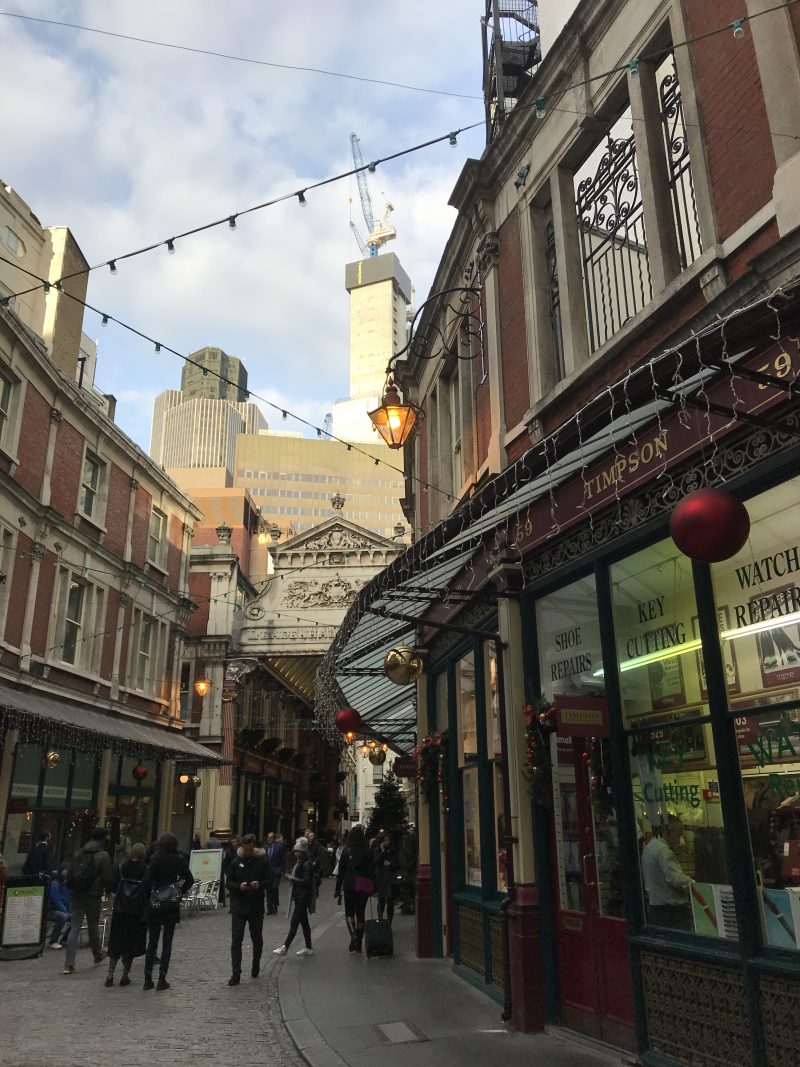 En route we found we had were both partial to the inside of a church. There are so many of them dotted around the city. This is St Magnus the Martyr. It was so interesting and colourful inside. We spent time reading about it’s history and the person it was named after. Magnus was an  earl of Orkney, who died on 16 April 1118. He was executed on the island of Egilsay having been captured during a power struggle with his cousin, a political rival. Magnus had a reputation for piety and gentleness and was canonised in 1135. Who knew? So much history tucked into every brick. It’s fascinating. Great to find a long lost friend that likes the same things as you. 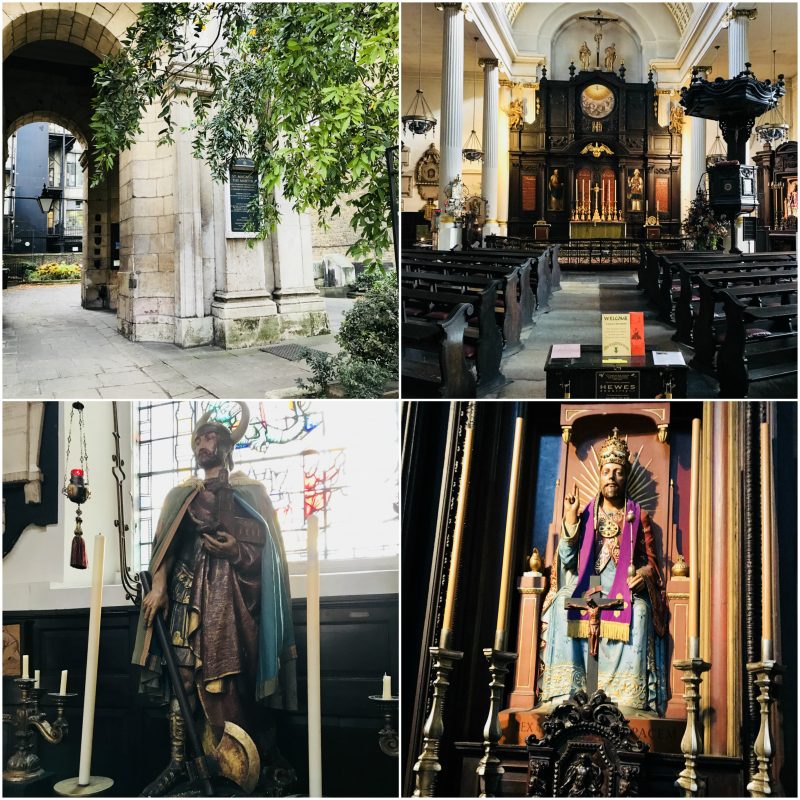 And this was our  final destination. Well, at least a pit stop for a drink or two. Ye Olde Cheshire Cheese  on Fleet Street was ‘rebuilt’ in 1667 after the Great Fire of London. Isn’t that amazing? After the fire!

The pub is well known for its literary associations including Charles Dickens and Mark Twain.  Apparently, there has been a pub on this site since 1538. It would’ve been rude not to partake a drink or two by the fire. We actually had two pints of stout each. It was nectar. We did some more catching up. 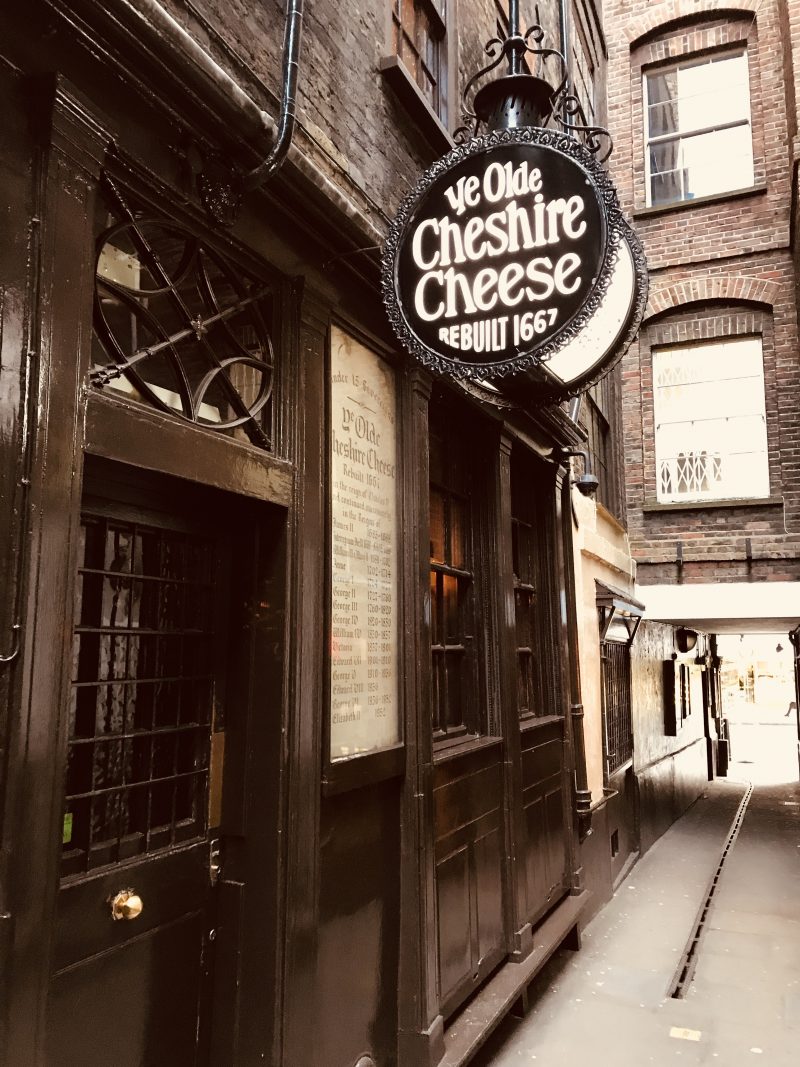 Before we knew it it was time to move on. We were heading on to Brixton. Tickets to see Blondie. Oh yes!

It’s great having someone know their way around.My friend has lived in London for over 30 years. She is the best tour guide. More soon on my jam packed London reunion trip 🙂