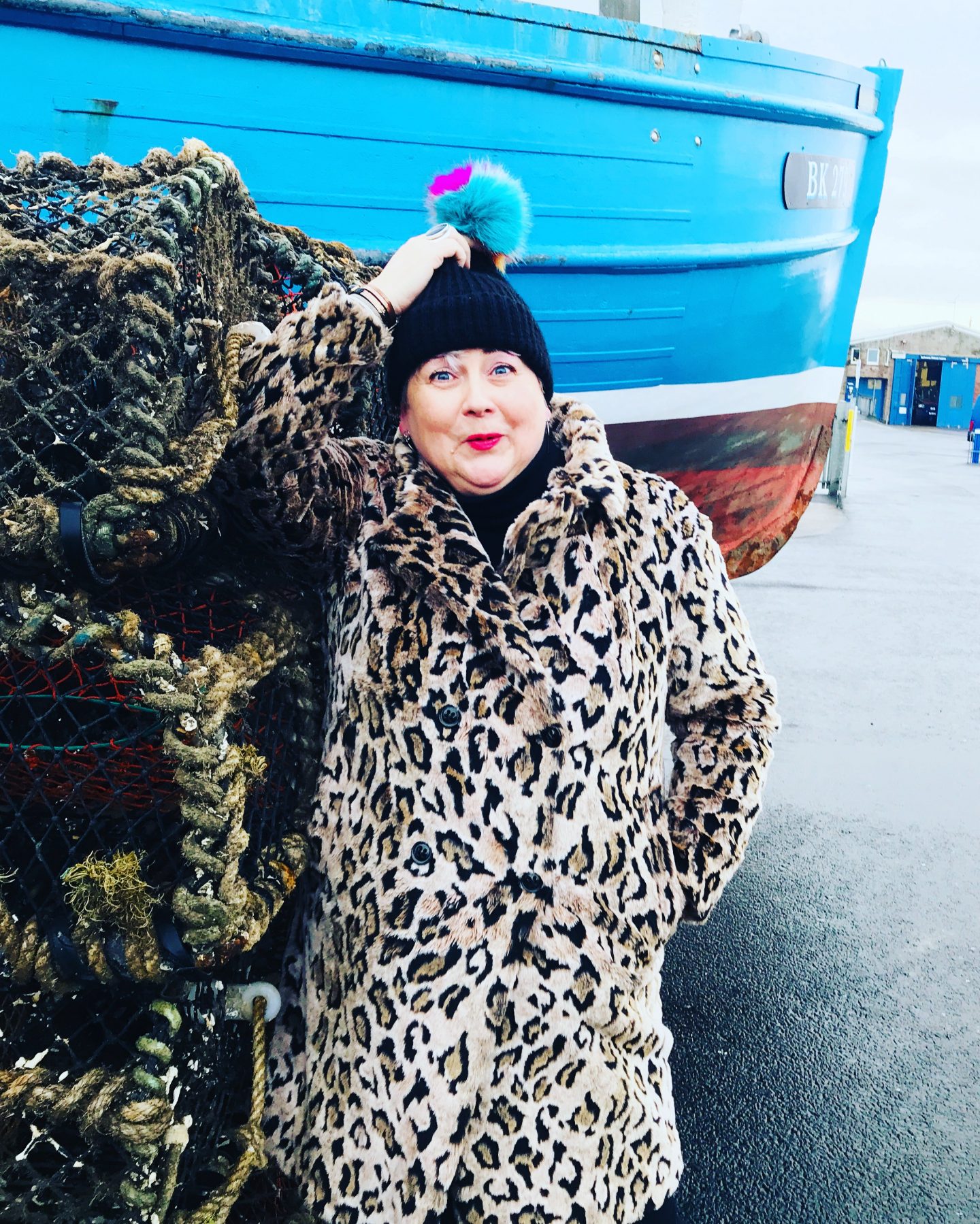 We have always made a big deal of New Year in our family. The reason being is that our eldest son, Dex  was born 24 years ago on New Year’s Day. We made the decision that we always wanted to celebrate it as so often it can be a bit of an anti climax after Christmas. His birthday parties were always planned once the school holidays were over and were something to look forward to for him and his friends in early January.  We’ve had some amazing trips over Twixmas over the years but as he got a bit older he started to celebrate with his friends. This is perfectly acceptable .. we can’t monopolise him! However, earlier in the year he and his brother who is 20, both said they really fancied one of our family escapes and some fun and time away together: Our Twixmas Family Adventure.

And so it was that we ended up in Seahouses in Northumberland  booked for 28th December to January 1st. It’s about a two hour drive from us and feels far enough away to be away but not too much travelling depending on the weather.

You’ll notice that the subject is ‘Our Twixmas Family Adventure’. We got more than we bargained for as far as the ‘adventure’ part is concerned. When we arrived at out cottage we were pleased that it was ideally situated close to the harbour. You can’t beat the sound of the North East Winter sea. However, as soon as we stepped through the door we noticed how cold it was. Unusually so.

We soon realised there was no heating on so the boys set to getting the log burner going while  Mr Bbed investigated the heating. He very quickly realised there was a problem. I found the number for the management company and within about an hour a plumber was knocking at the door. Although the logs were firing up nicely we were still very cold .. literally blowing smoke ourselves! The plumber gave us the news that it would need more work than he could do that evening. Whahhhttt!!??

The company we booked with told us on the phone that they would struggle to get us anywhere else so close to New Year and in such a popular location but they would do their best and would call us back. You could cut through the disappointment with a knife. Dex’s birthday, too 🙁

After about 40 minutes we got a call to say that they had an apartment close by. The only problem was we couldn’t stay there for the whole trip. Someone else was arriving on the 30th December. We decided that 2 nights was better than none at all so off we went.

The apartment block was ideally suited right next door to  a warm and friendly pub – The Bamburgh Castle Inn. We had a pint of Guinness or two in here after our daily outings.

Here’s me wearing the M&S leopard print coat of the season. Currently in the sale here. Mr Bed was making me chuckle here as he said I was the ‘Catch of the Day!’ How sweet? I think!!

As the boys were growing up we’d visited Alnwick Castle and Gardens which is amazing but we’d never stopped by the historic town itself. I’d heard a lot about Barter Books so decided it was a must visit while we were nearby.

It’s the largest second hand book shop in Europe. You can literally lose yourself if you are a book lover. There is quirkiness at every turn. Just look at this Christmas Tree of books! There is a cafe, too, that was full to the rafters and after having some lunch there we could quickly understand why. 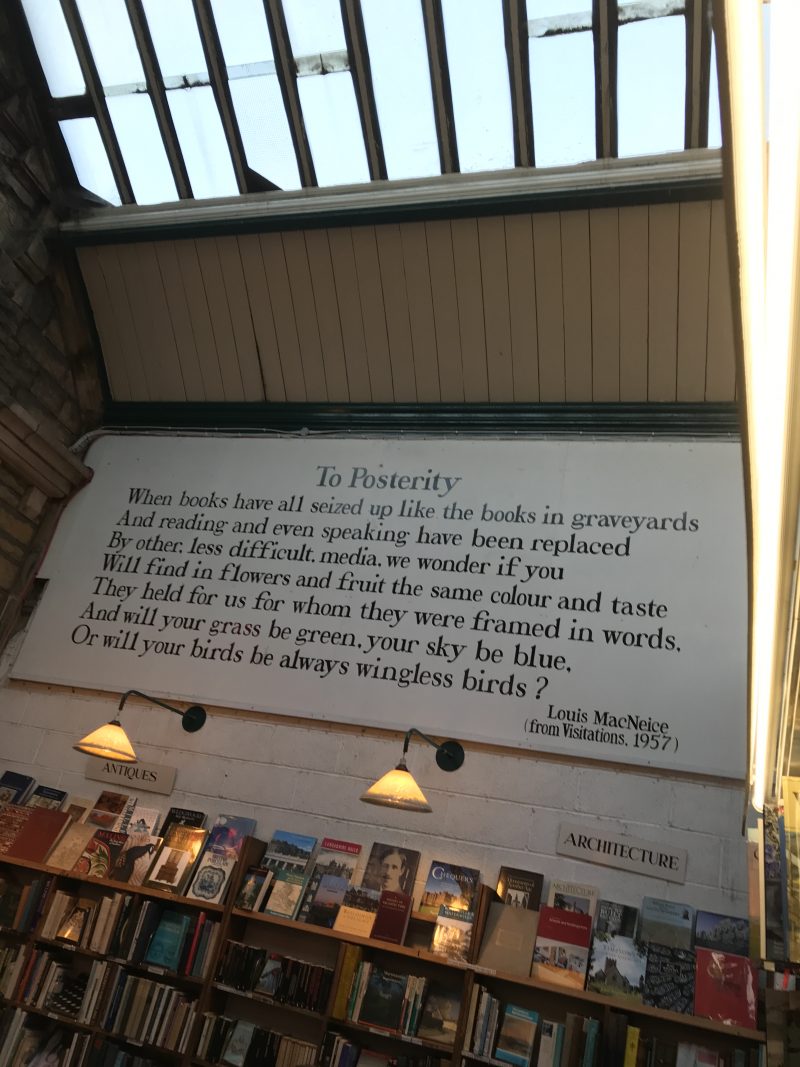 It’s not very often I get a photo of these two together these days but Barter Books proved the perfect opportunity. Aren’t they cute?

I’d like to go back to Alnwick. I found lots of lovely little independent shops where I made a purchase or two, natch.

The good news is that we didn’t have to go home! It did involve another move though. Still in Seahouses but to a modern four bedroom home called ‘Puffins Nest’.

This is me outside ‘Puffins Nest’ on New Year’s Eve as Storm Dylan was arriving. I promised you more fashion posts so here is the windswept version of me! 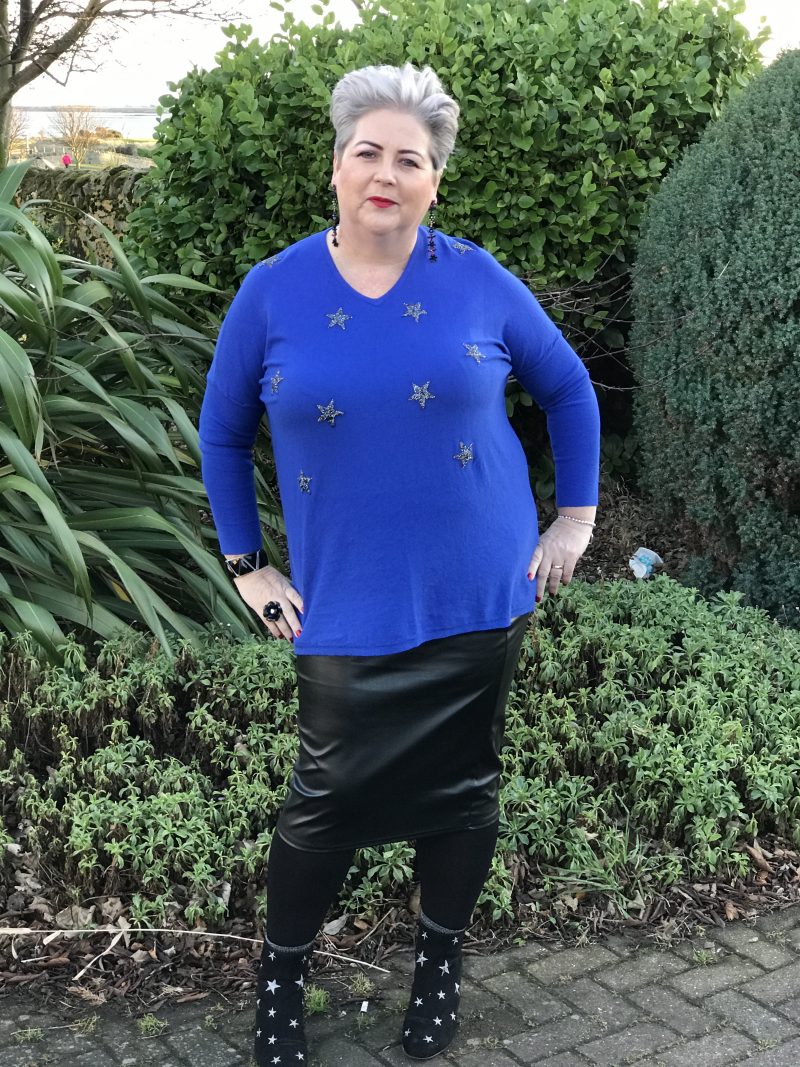 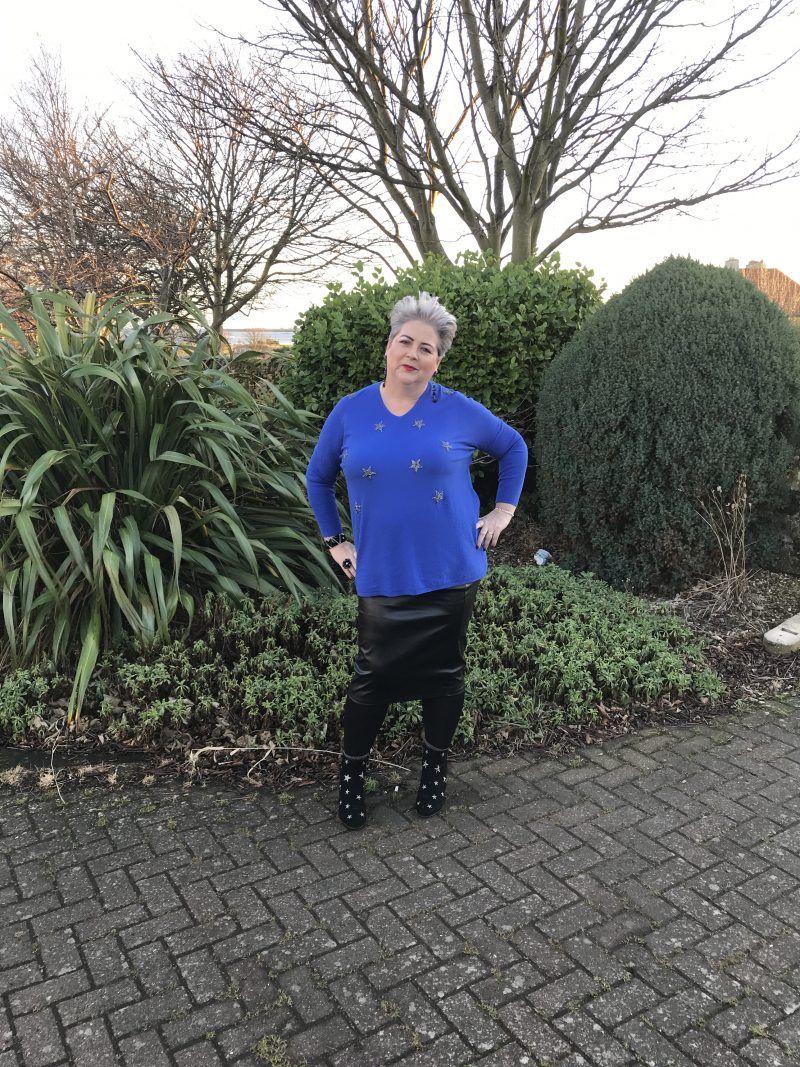 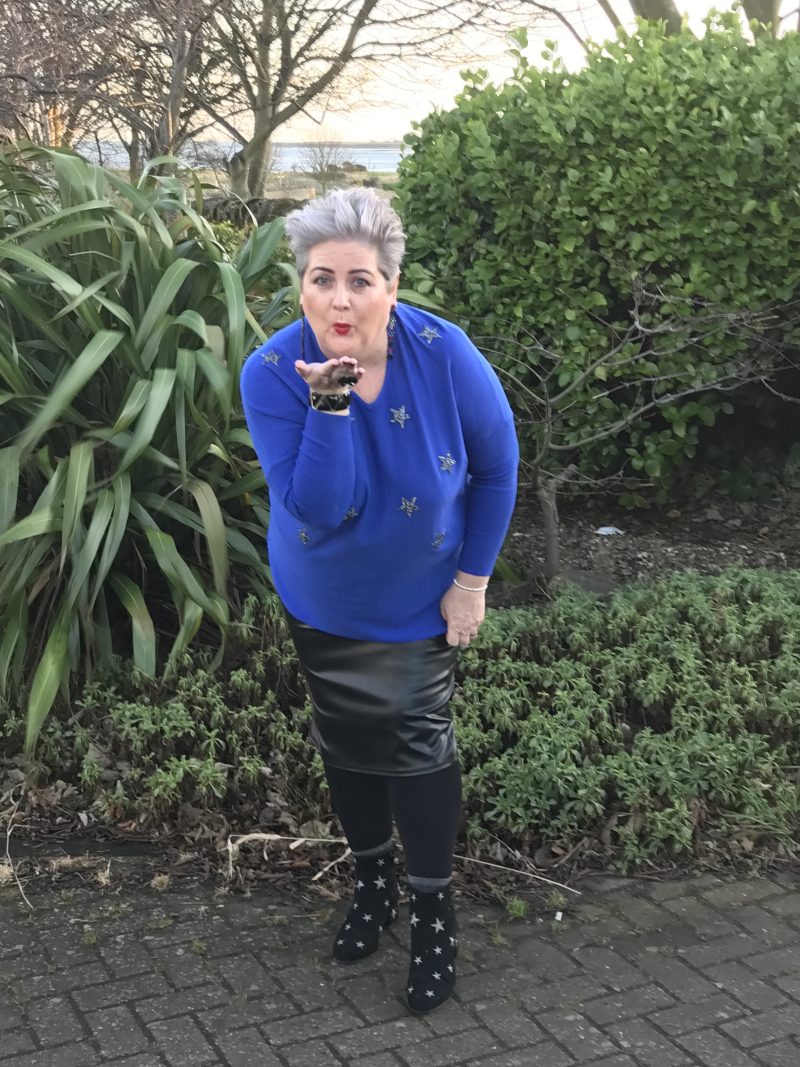 My sweater was from a little boutique in London when I visited my friend, Lesley last November. I very rarely wear skirts or dresses but since launching this blog I’m doing lots more things I haven’t done in a long time. Remember this post?

My skirt ( now sold out) was from Yours Clothing. My black and silver star boots were my Primark £7.00 bargain in November worn with my Top Shop silver glitter socks which I’ve had since Winter 2016.

We’d managed to bag what was one of the last tables for dinner at gastropub, The Joiners Arms in Newton-by-the-Sea which was about a twenty minute drive from Seahouses. 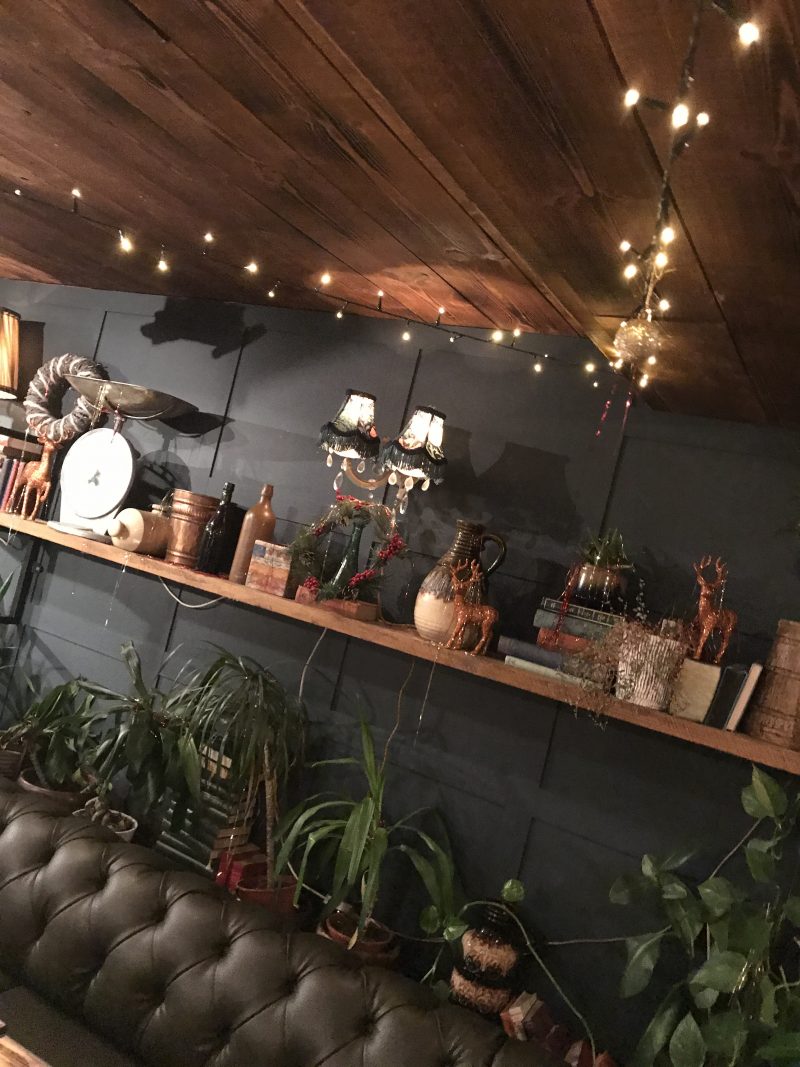 The food was sooo good here. That’s why I only managed a couple of snaps of our shared starters. Look at it! I’d love to visit again with Mr Bbed. We noticed they have rooms so that could mean the possibility of a romantic trip away together. We’d also called to Craster en route and had a drink in The Jolly Fisherman. Mr Bbed and I decided this was one to put on our list, too. 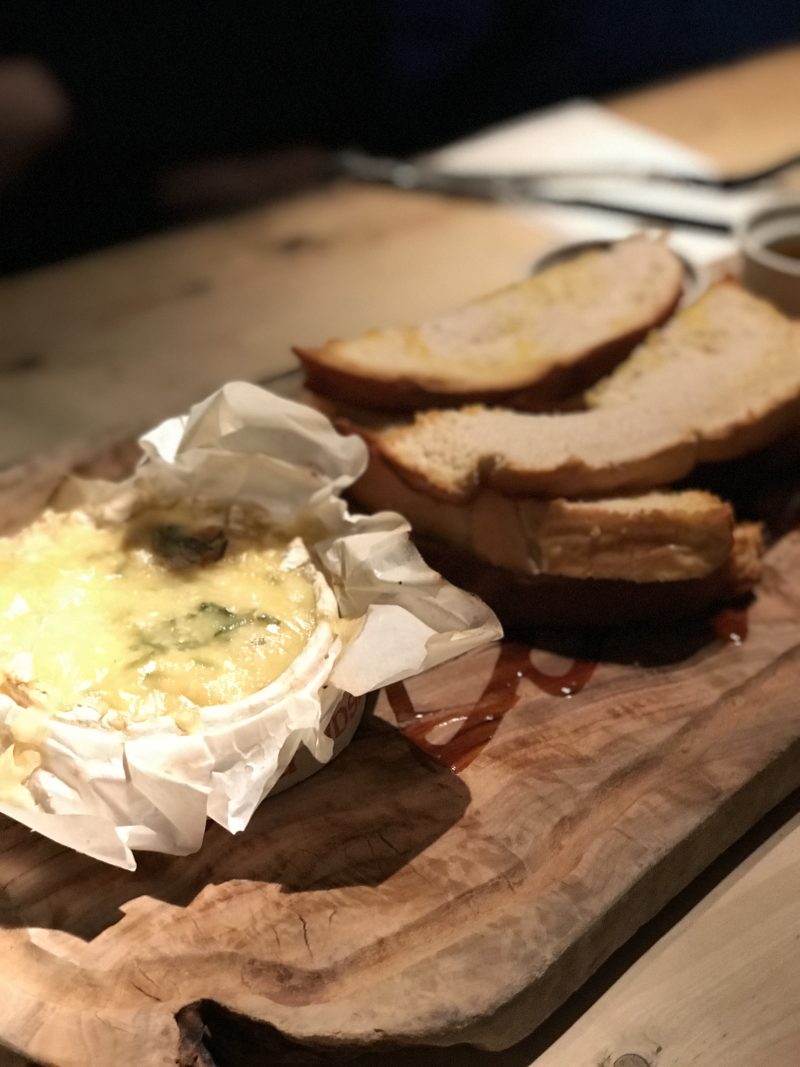 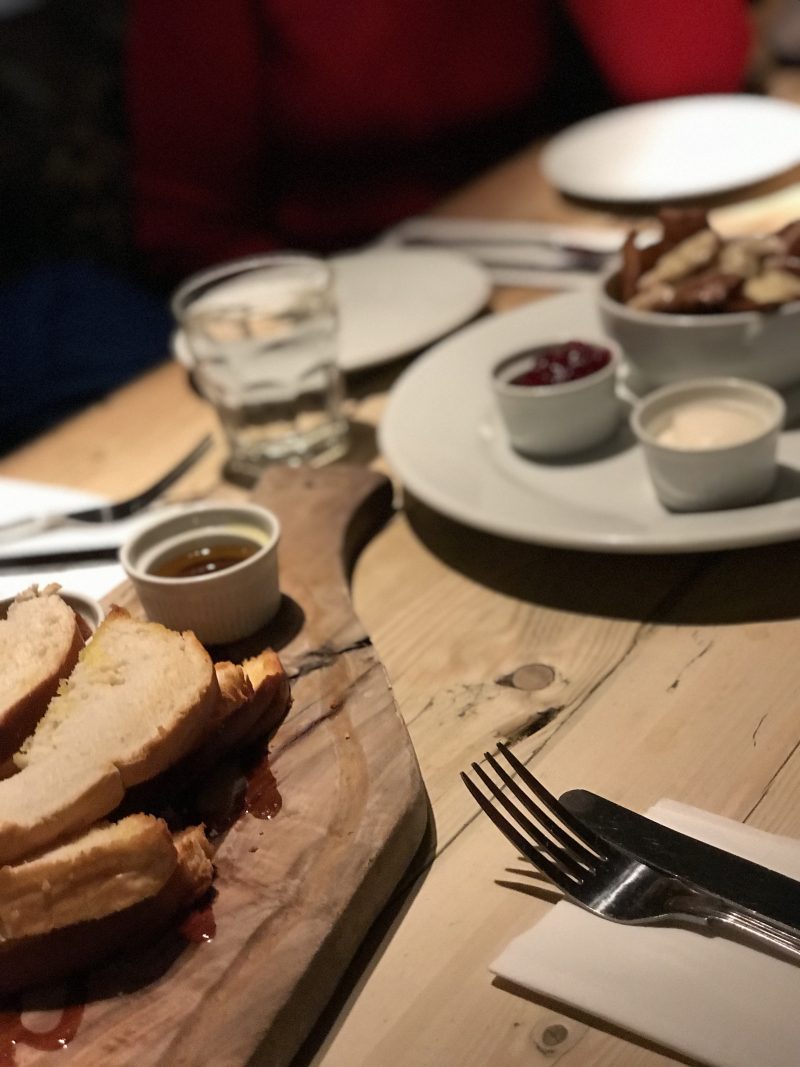 We were back at the house by 7.30pm. Esch of us had had varying degrees of the festive bug that had been doing the rounds so we decided we wanted to get into our PJs and dance to Nile Rodgers and Chic on BBC 1. I love this about my family .. wherever we are and whatever we are doing as long as we are together its always fun.

We checked out by 10.30am and decided to make our way back home via the coastal route. We wanted to visit Amble. The weather couldn’t have been better. Rain was forecast but we didn’t get any. We walked along the harbour and the various jetties. It reminded us of Amityville in the movie, Jaws. 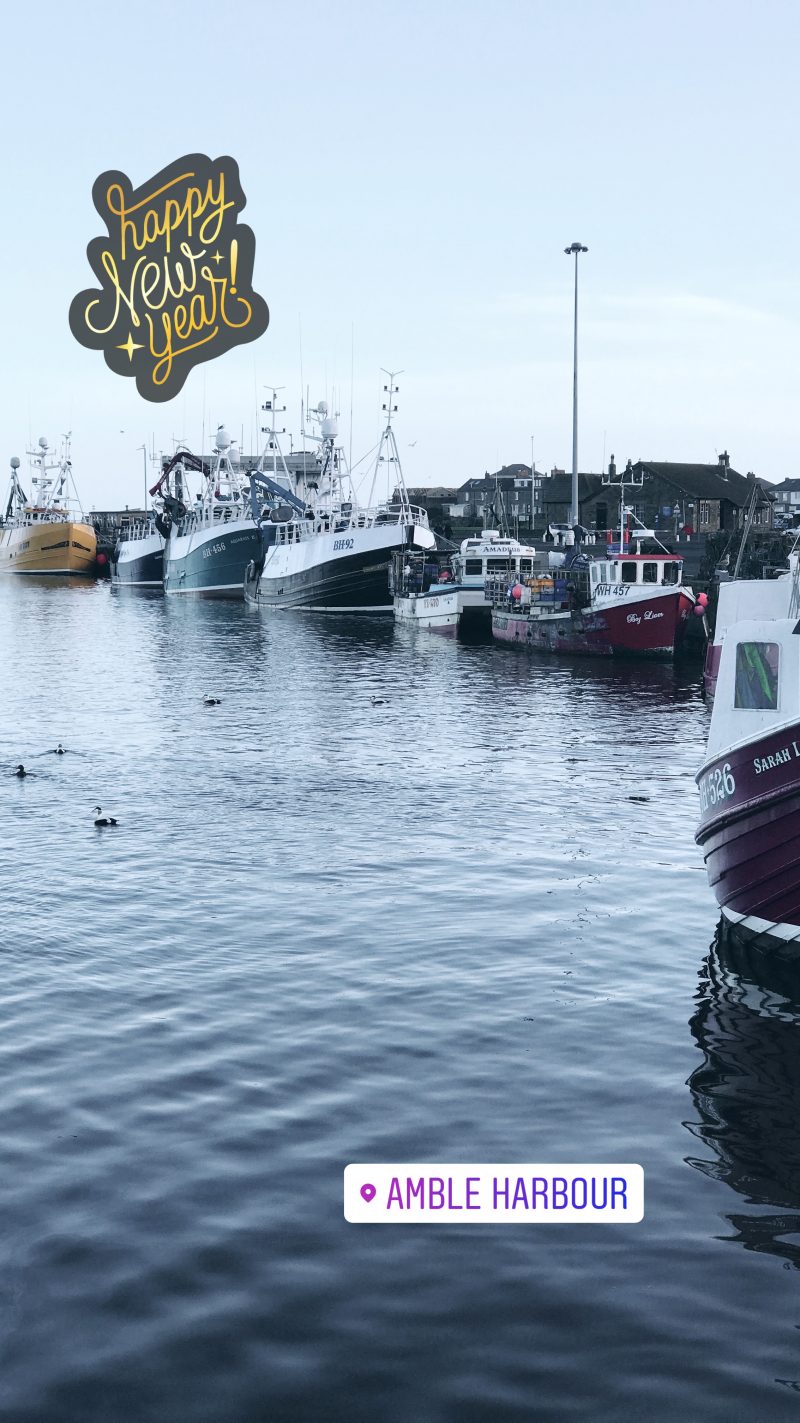 Here’s a pose from the birthday boy. 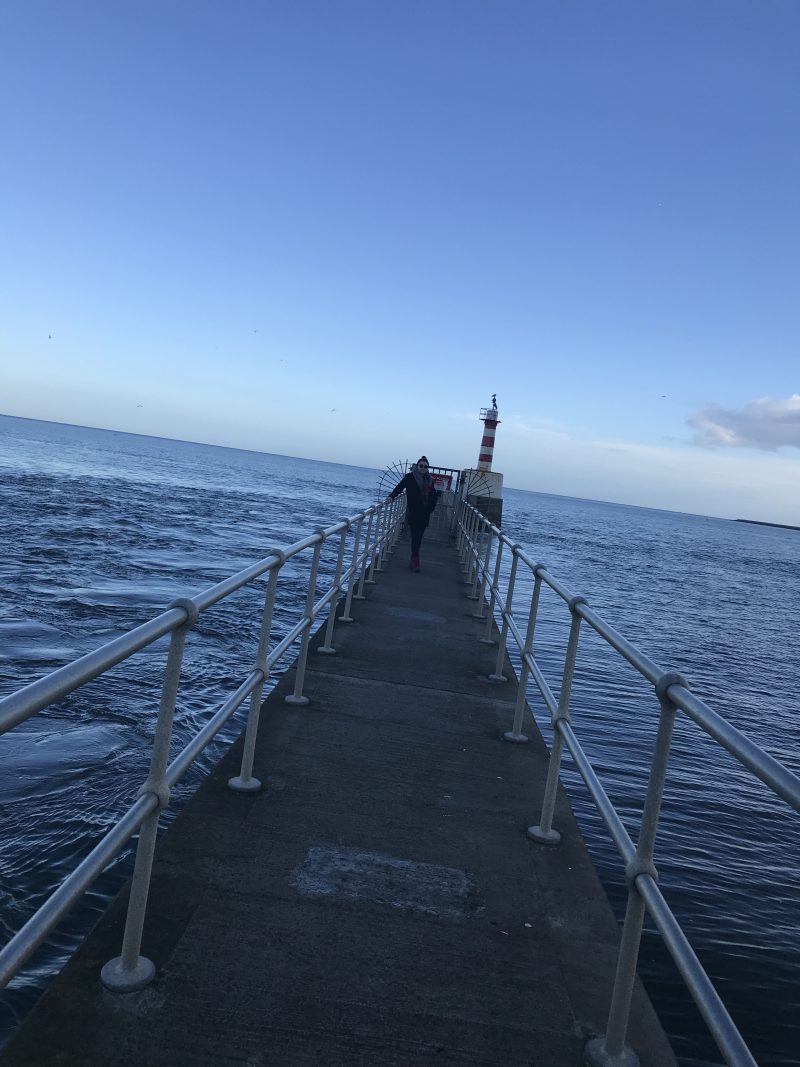 We had a scrumptious brunch at Fat Mermaid and a gorgeous icecream at Spurreli Icecream Boutique. Both places we’d love to visit again. 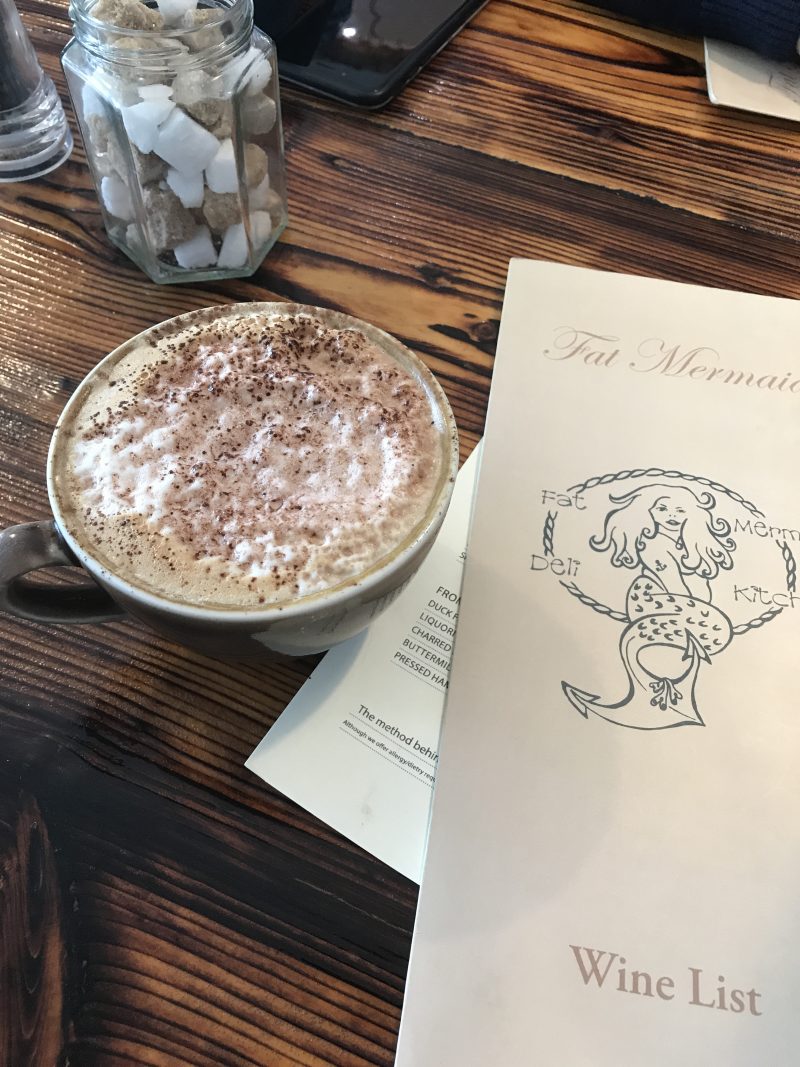 All in all we had a fabulous Twixmas family holiday adventure. Admitted, it was meant to be in a cottage by the harbour but Angela and her team at Cottages in Northumberland couldn’t have been  more helpful. Their customer service is second to none. It could’ve been a real drama having to return home especially as it was a birthday trip, too. We can’t thank them enough.

We fell in love with Northumberland again and can’t wait to plan another trip. We love going on holiday with our boys, too. We are so thankful and happy that we have the sort of relationship where we enjoy time with our sons. The Bank of Mum and Dad also helps!